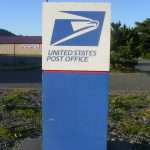 Driving through Co Laois as darkness fell, RTE news offered only dreary stories. Speculation on a general election in 2015 and reports of the IMF being paid off – the item not mentioning whose money had been taken to make the payments. Escapism was necessary. A mobile wifi modem and an old iPhone allow the option of listening to internet stations, any number of which play a constant sequence of music uninterrupted by politicians. A station called “Simply 70s”, or something similar, seemed an appropriate exit from the dullness of a November evening in 2014.

“Eclectic” would not have captured the diversity of what the station played. There was Deep Purple’s “Smoke on the Water”, Rod Argent’s “Hold your head up” and “Whole lotta love” from CCS, along with “The Hustle” from Van McCoy and the Soul City Symphony, and . . . . “Please, Mr Postman” from The Carpenters. Could there be anyone in the entire world who, in their 1970s teenage years, would have bought “Smoke on the water” and “Please, Mr Postman”?

Despite the gulf between the style of Deep Purple and that of The Carpenters, it seemed odd that both were still instantly recognizable. In the case of “Smoke on the water”, it has remained a familiar item in the playlists of classic rock stations, but it was hard to remember hearing “Please, Mr Postman” in the last couple of decades, perhaps it is one of those songs that has a subliminal impact, its playing enters the consciousness without one being aware of hearing it.

Why should “Please, Mr Postman” linger in the memory and still appear on a playlist when countless other songs have disappeared without trace? It is pure pop, the tune is simple and repetitive and the words are hardly literature:

There must be some word today
From my boyfriend so far away
Please Mr. Postman look and see
If there’s a letter a letter for me

So why, forty years after The Carpenters issued their version of the song, which had first been sung by The Marvelettes in 1961, would a station put it into the mix with classic rock tracks? Would they not fear listeners might instantly switch to another station? After all, there are hundreds from which to choose.
Perhaps the genius of the best pop songs, and the reason they might get air time four decades later, lies not in their music, and certainly not in their lyrics, but in their capacity to capture the spirit of a time. The mid-1970s were a time bleaker than 2014, the economy was in a dire state, the politicians were as dull and disingenuous as ever, but pop music was about an irrepressible optimism, an irrational exuberance.  Of course, “Please, Mr Postman” was a trivial, inconsequential and silly piece, but what did that matter? There would be plenty of years ahead to be serious, one could sing along with Karen Carpenter and smile.
Perhaps records by Deep Purple and The Carpenters were not often found in the same box, but 1970s teenagers are now judged likely to listen to both.