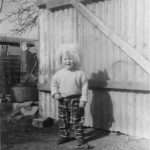 Attending a 50th birthday lunch, there was a moment to ponder the odd process of ageing, a process that seems odd because our physical age often seems years in advance of our mental and emotional age.

I knew a lady in her late-90s who defined the feeling succinctly, “The problem”, she said, “is that I don’t feel that I am the age I am”.

When she declared herself to be feeling tired one day, I said to her. “You haven’t been out night clubbing again?”

A favourite passage in the opening chapter of Milan Kundera’s Immortality captures that sense of timelessness that many of us have,

“How old you are matters, but beyond that it’s your interpretation that has far-reaching implications for the process of aging,” said Markus H. Schafer, a doctoral student in sociology and gerontology who led the study. “So, if you feel old beyond your own chronological years you are probably going to experience a lot of the downsides that we associate with aging.

“But if you are older and maintain a sense of being younger, then that gives you an edge in maintaining a lot of the abilities you prize.”

The age you feel on the inside really does matter, which maybe explains all the moments of laughter with the nonegenarian lady – and a sense that my friend’s 50th birthday was a matter of numbers rather than age.