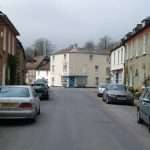 At the end of the First World War, Liberal Prime Minister Lloyd George, anxious to retain power at the head of a National Government, threw in his lot with the Conservatives, splitting his party but retaining the premiership in a coalition.  In the previous, pre-war General Election, the Liberal Party had won 272 seats against 271 for the Conservatives; in 1918 Lloyd George’s Coalition Liberals won just 127 seats, while 36 more were won by Liberals opposed to the Coalition  – a net loss of more than a hundred Liberal seats.  By contrast, the National Conservatives, led by Andrew Bonar Law won 332 seats with a further 47 seats being won by Tories opposed to the Coalition.  From a pre-war situation of parity, the Liberals slipped to one of huge numerical inferiority; a decline from which they have never recovered.

By 1922, there was increasing disquiet within Tory ranks about involvement in the Lloyd-George led Coalition Government.  The combined Tory Parliamentary strength was 313 members in the Coalition and 65 opposed; Lloyd George’s Coalition Liberals were down to 120 seats, with a further 35 non-coalition Liberals in the House.  On 19th October 1922, Conservative MPs met at the Carlton Club to debate their support for Lloyd George.  The vote against the Coalition continuing was 187-87.  Andrew Bonar Law was invited to form a government and immediately went to the country.

In the General Election of November 1922, the Conservatives, now united, won 344 seats, the Liberals, still divided won 115, the former opponents of the Coalition gaining 62 while Lloyd George was reduced to having a parliamentary bloc of just 53 seats.  There were to be elections in the two subsequent years, the Liberals staged a minor comeback in 1923, when the Conservatives won 258 seats, Labour 191, and the reunited Liberal Party 158.  However, a year later, the end of Liberal politics was complete; on 29th October 1924, the Conservatives won 412 seats, Labour 151 and the Liberals a mere 40.  Through subsequent elections the Liberal Party remained a peripheral party, even the collapse of the Labour Party in 1931 did not allow a Liberal revival.  By 1945, they were reduced to twelve seats and slipped into single figures in the 1950s and 1960s.

Under the leadership of Jeremy Thorpe, and, successively, David Steel, Paddy Ashdown and Charles Kennedy, there was an upturn, much of it due to a merger of the Liberal Party with the Social Democratic Party that had been formed by former Labour Party members, the upturn peaked at sixty seats.

Perhaps the decline was inevitable, perhaps the rise of the Labour Party in the 1920s left no room for the Liberal Party, but their long decline dated from involvement in a Coalition government.