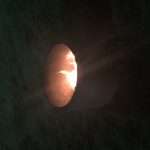 It is difficult now to imagine the fear and the danger books once created. The barrister Matthew Shardlake, the main character of C.J. Sansom’s novels set in England in the days of Henry Tudor, fears the dangers his books might bring him. When books were so precious, the pain someone must have experienced to burn their own must have been intense.

Sansom describes a scene, set in the summer of 1546, when the health of Henry VIII was in serious decline, when the safety of his sixth wife, Catherine Parr, was by no means certain, and when literature that reflected Protestant thought was considered subversive:

I went upstairs, and unlocked the chest in my bedroom. My heart was heavy as I looked at the books within; several were on the new forbidden list and must be handed in to the city authorities at the Guildhall by the 9th of August. After that date, possession of any of the books would attract severe penalties. With a heavy heart I lifted out my copies of Tyndale’s translation of the New Testament, and some old commentaries on Luther dating from twenty years before. These books had been my friends in my old reformist days; one of them had been given me by Thomas Cromwell himself. But . . .  I had decided it was definitely better to burn them privately than hand them in and risk my name appearing on a list of those who had owned forbidden books.

I took them downstairs, lighting another candle from the one in the kitchen, then went out to Agnes’s neatly tended vegetable patch behind the house. There was a large iron brazier there, used for burning weeds and other garden rubbish. It was half-full, the contents brown and dry after all the recent sun. I took a dry twig from the brazier, lit it with the candle and dropped it in. The fire flared up quickly, crackling. I looked around to ensure I was unobserved, then, with a sigh, I took the first of my books and began tearing out pages and dropping them on the fire, watching the black Gothic script I had once read so carefully curling up.

Books were subversive then, and the printed word still has the capacity to ensure that the truth is heard. Websites might be taken down, news broadcasters might be injuncted to prevent them from reporting stories, but words printed on paper are harder to destroy, can lay hidden for years, can endure long after electronic media have become corrupted. The day when the printed word, the “hard copy” disappears will be a victory for those who in times past forced the burning of books and persecuted those possessing forbidden publications. 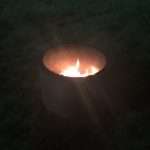