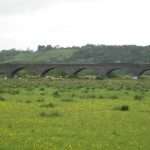 Do people ever think about the numbers shared in the media? A couple of weeks ago, the Ashley Madison story broke and it was claimed that the adultery agency had 115,000 clients in Ireland, a number that was repeated uncritically by the news media, despite the fact that the number would have represented 4%, or one person in twenty-five, in the Irish population aged between 25 and 65. Did the seriously believe such a number was likely? Exaggerated numbers have become part of the Irish media scene. Every year RTE report that half a million people attended the Saint Patrick’s Day Parade in Dublin; repeated letters to the Irish Times pointing out the physical impossibility of such a number over the short route the parade follows have never been published. The silliest claim of all was made when the MTV music awards came to Ireland a decade or so ago and it was claimed that a billion people would be watching, to have attempted to have pointed out the utter absurdity of the number would have been pointless.

It seems that gross exaggeration is not confined to Ireland, that Facebook are now in the business of making up silly numbers and claiming them to be true.

My home area is a deeply rural West of England community, picturesque villages and small towns, but to judge by the numbers Facebook claims, it seems more like a conurbation.

How many people does Facebook claim live within 15km of Langport today? Pick a number – apparently it’s 160,000!!

Perhaps someone at Facebook was disturbed at the comment, for on Saturday, 5th September, the Leveller comments:

And today our population has fallen – Facebook claim that there are 150,000 within 15km of Langport – that’s 10,000 fewer than yesterday. Does anyone know about an outbreak of bubonic plague?

Presumably the staff at Facebook at the weekends are cautious about upsetting the regulars, because on Sunday, 6th September there was a further revision and the Leveller reports:

Even more alarming today the population within 15km of Langport according to Facebook has fallen to 140,000. We must have an outbreak of something much more serious. We’ve “lost” 20,000 people in just two days!

Obviously when the regulars came back to work on Monday morning, they weren’t happy with the caution of the weekend staff. On Monday, 7th September, the number had jumped:

Today Facebook claim we can reach 230,000 people within 15km of Langport – sounds like we have all been breeding very rapdily. That’s up 90,000 in just one day!

Perhaps a supervisor picked up the comments, and felt there should be an adjustment, increasing the radius by five kilometres and the number by 200,000 people:

A different tack from Facebook today – rather than claim a highly improbable 230,000 people within 15km now they are claiming 430,000 within 20km. This is an interesting variation on a theme. 20km would certainly make 230,000 people more likely but 430,000, I don’t think so. The problem is it now looks much more as if these figures are not calculated in some automated way – but are being made up on a whim as the previous posts on this page would seem to demonstrate.

Facebook is a profit-making corporation, it sells advertisements on the basis of the number of claimed readers. It claims that the population within a 20 kilometre radius of Langport, 12.5 miles in any direction, is approaching half a million. Given that the enire population of the county is only, 531,000, either there are an awful lot of people in some of those villages and very few in the north, west and east of the county, or you can’t believe all you read on Facebook.