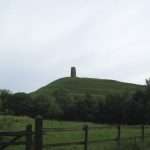 She is a year and two days younger than me, I know that because she was my friend. I remember being proud at the age of 12 when she stood at the edge of the football pitch at our grammar school and called out, “Ian! My friend!” No girl had ever called me their friend, though the hopes of a shy, nervous, slightly-built, asthmatic boy that the words “girl” and “friend” might combine were not to be fulfilled.

Our paths diverged and then converged again when we were at college together for our A levels. She was in a different league, a candidate for a place at Oxford, though she went somewhere else in the end. We remained friends through the days of the A levels, though I think she frowned on me for a lack of seriousness, and an even greater lack of application. In retrospect, I have no doubt she was right, but even if there were the opportunity to put back the clock, I know the same mistakes would be repeated.

Once the A levels were past, we were scattered across the country. She went on to a starring role at her university, while I dived into complete and absolute obscurity. No-one noticed if I missed classes because no-one noticed I had been there in the first place. Undergraduates were not regarded with much concern, and unpromising first year undergraduates were more a nuisance than anything else.

Last time I saw Rachel was in the spring of 1980 at a friend’s house. It was a time when I had dropped out of college and she had just been elected president of her university student union. We were heading in different directions. I think I was by now intimidated by this rising star and she was probably embarrassed that someone she had once called her friend was now doing nothing. Had we been in a public gathering, I wondered if she would even have acknowledged me

Never good at keeping in touch with people, least of all those who had gone on to being successful, I don’t know where Rachel went. In the back of the brain, there is a thought that she is married and living in Paris, but that is probably just a fanciful notion, I always imagine successful people are living in Paris.

Wherever she may be, I hope she has had a happy day. She is still a year and two days younger and still has a special place in my heart for having called me, “my friend”.