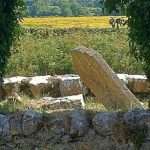 The month of the dead. There’s a chill in the air, the first signs of frost, the November gloom. An aching back reminds me that it is not possible to indefinitely continue driving 1,000 kilometres every week, that the years are passing. In the darkness, there is a wish to perhaps stop time, just for a while.

An oft repeated story from forty odd years ago resurfaces. At the time of decimalisation in Britain in early 1971, there was reportedly a lady who told a reporter that she didn’t mind the idea of the decimal money but thought that the Government might have waited for the old people to die before they brought the new money in. Everyone laughed when the story was told. Sometimes, though, there seems to be sense in what she was saying. Sometimes it would be a whole lot easier if things could be put off for just a while.

If I had a wish, it would be that there would be a ten year moratorium on people dying, at least on my patch, so that I could get through to retirement without having to stand wordless as another family loses a loved one.

I hate death. I hate all the euphemisms we use for it. I hate watching the grief and the pain. I hate the emptiness that is still there years afterwards.

Christians are never meant to be reconciled to death. Saint Francis, whatever else he may have got right, got it wrong when he spoke of our “Sister Death”. Scripture never uses such benign terms about something so dark. Saint Paul is quite clear about where we stand. He writes in 1 Corinthians 15:26, “The last enemy to be destroyed is death”. No sisterly regard from that apostle, no ambiguity, death is an enemy that is to be destroyed.

There will be no moratorium on death this side of Doomsday, but to be reconciled to it would be like believing deep November darkness to be the normal state of the weather. November passes and so will the old enemy – and the backache will be gone in the morning. 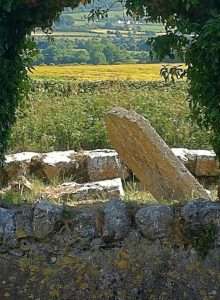