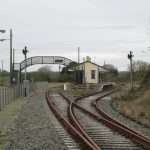 Spending the day following the route of the railway line from Rosslare Strand to the Barrow Bridge, a line on which regular services were suspended in September 2010, and which now sees only a weed-spraying train twice a year and an inspection train every couple of months, there were moments of deep contentment. My companion was possessed of a similar desire to see hardly used level crossings and platforms on which it is unlikely that passengers will ever again alight. There were moments filled with a sense of decay, a sense of things having ended, and there were moments of deep contentment. Standing at Wellingtonbridge station, it was not hard to imagine the days when trailers of sugar beet were brought to be loaded onto wagons, when diverse people stood on the platform waiting for trains to take them to who knew where.

One of the disappointments was to find no sign of the old timetables at any of the stations, by 2010 there were probably only a couple of trains a day. The timetables would have brought great scope for imagination, great scope for an escape into numbers.

Looking at a post from ten years ago, thing have not changed:

There were guys who remembered cricket statistics or football league tables or attendances at matches. Often they weren’t the best at sports; sometimes they were loners. I remember them because I think I was probably one of them.

I continue to be fascinated by stock market indices, currency exchange rates; government economic data; and, of course, attendances at football matches. I once bought a Thomas Cook European Railway Timetable; I had the excuse that we wanted to travel from Sweden to Copenhagen, but the real reason was to spend time concocting imaginary journeys.

I now find myself fascinated by the sudoku puzzles in the daily newspapers. I can spend ages engrossed in the completion of a single puzzle.

Reading through columns of numbers doesn’t cost me any psychological effort. Numbers have a beauty and life of their own.

People are fickle. Numbers are constant. 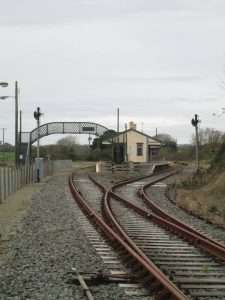