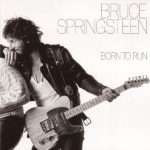 Maybe choosing them was a Farley’s Rusks moment, one of those times when you want the taste of food from childhood days as a reassurance that the world is a safe place. It’s not as though the opportunity has not arisen before, it is more than four years since I first got an iPhone, and it was early this year when I switched to an iPhone 6, with its vast storage capacity. Up until now, a phone has been a phone, it has been primarily about communication, whether by voice, text or email, and, secondarily, has been about access to the Internet; but the prospect of eight days in mid-Africa, with lengthy journeys in a minibus, made the idea of being able to listen to music something attractive. This is the fifth such visit in a period of just over six years, so it’s not as though the situation is novel, perhaps it is just the passing years that have made journeys more of a challenge.

I always had music on my phone, a single track, La Pena Baiona, the song of the Bayonne rugby fans. I used to have it as a ringtone on my old phone, but with the complexity of the new iPhone could never get it to work. It is a tune that captures a mood of summer and laughter and the spectacular beauty of the Basque country, but it was hardly enough to provide a week’s entertainment.

It’s not as though I had not enough CDs from which to choose in order to have sufficient listening, the problem was the sheer number that might have been selected. It was while standing struggling to choose that the Farley’s Rusks moment came. When one is thousands of miles away in a land that is thoroughly different, the music one wants is reassuring stuff. Compilations seemed the easiest choice: from the land before time began, from those childhood years when music was only on the edge of consciousness I chose The Byrds, The Band and Creedence Clearwater Revival; from the teenage years came the bouncy soul tunes of Tamla Motown, the rhythm and blues Atlantic, and the disco happiness of Blondie; and from the years of youth came Fleetwood Mac. Someone timeless had to be added to the selection, so Bruce Springsteen’s classic 1975 album Born to Run was added to the pile, along with the much under-rated 2008 recording Magic. “One more to round it off,” I thought, it had to be the lady of the moment, Adele.

The iTunes menu tells me that I now have 292 tunes on my phone, a French rugby song and 291 from the CDs. Of course, I will arrive and wish I had chosen something different, but that’s the problem with making choices. “That’s opportunity cost”, my old economics tutor would have said, “the cost of making one choice is that you forego another.” 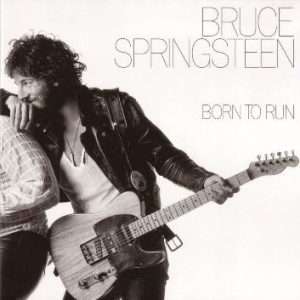