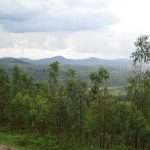 We went to see Alan Bennett’s “The Lady in the Van” this evening. Apart from the various Tolkien tales and the Star Wars prequels, it is the first time in years that we have been to see a film. It was on odd choice for a return to the cinema – the tale of a psychologically traumatized woman who lives a vagrant lifestyle, eventually finding a lasting place of residence in the back of a van parked in the driveway of Bennett’s house.

The inconsequential background noise of of the stuff that fills the airwaves, the garish advertising for products no-one needs, the stupid chatter of social life, it seems more unreal than a woman passing her closing years in the back of a van, and certainly considerably more unreal than daily life in a Rwandan village. A voice on the radio talked about people being “poor”, he might more accurately have spoken of people being “relatively poor,” because if you live in a house with electricity and running water and public amenities, then you are hugely richer than the people whose homes we passed on Wednesday.

“It’s all relative,” was one of those terms that would have brought a rebuke in teenage years. A woman at a Labour Party meeting once turned and said, “what does that mean to someone who is poor?” It probably meant little then, and means little now, but even the poverty in Rwanda is “relative” when the plight of the people is compared with that of their counterparts a hundred miles down the road in Burundi. While Rwanda improves year upon year, while electrification and new technology and overseas investment and infrastructural improvement bring their own transformations, life south of the border grows steadily worse.

Which reality is the real one? Maybe the Burundians fleeing the corruption of the government of their country would regard the peace and stability and growing wealth of middle class life in the cities of their northern neighbour as unreal as the images they see from Europe.

Perhaps the lady in the van would have had a better understanding of real reality than we would imagine. It all seems unreal. 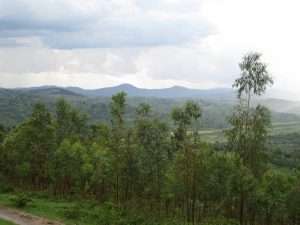