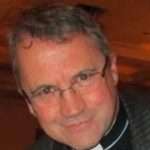 A feeling of overwhelming tiredness is a reminder that there are lessons that have taken years to learn, like the fact that people attach a strange significance to the presence of clergy; it is not what one says or does that matters, it is simply a question of being there.

I remember conducting a house blessing in a house in the North in the late 90s. There was no crowd, just myself and the lady who was moving into the house. It was a fine new red brick house, the work of the Housing Executive in the North which has built the best public sector housing in these islands.

The lady was delighted at her new house, although had not intended to move, and had not even applied for a house, feeling that such fine new places should be for families. Her move was forced by a fire in the top floor of the fifteen storey block of flats in which she lived.

The flats were grim, but her flat at the top floor had been a place of comfort and welcome. One morning there had been a knock at the door and she had opened it to be greeted by the girl from the flat across the landing. The girl, standing drying her hair with a towel, announced that the flat that she and her partner occupied was on fire and could she use the lady’s phone to call the fire brigade.

The lady had been wary of her neighbours and became convinced afterwards that the fire had been deliberate, “When they claimed £40,000 for the contents of the flat, I knew they had set fire to it”.

By the time the call was made, the landing was filling with smoke. The girl left, but the lady became frightened and retreated into her flat, which contained everything that was precious to her. Driving into the town, I saw clouds of smoke and flames billowing from windows of the top floor of the block and swung into the car park, fearful for the safety of the lady. Would anyone know that she was there and that she lived alone?

Standing in the car park and looking up, I had prayed silently. The lady stood on the balcony of her fifteenth floor flat looking down at the scene of red engines and flashing blue lights. She just stood there, looking down. The building was being evacuated and the crowd looking up gradually grew larger, and the lady still just stood looking down. Eventually, two firefighters appeared beside and she was led down to safety.

I later heard that the lady told one of her neighbours, “When I saw the Rector standing there, I knew I would be all right”. I didn’t have the heart to say that I hadn’t had the same confidence.

It would be hard to find any biblical basis for the talismanic status given to clergy by many people. In a culture where the cult of personality is strong (just look at the patterns of voting at elections), the assumption of magical status is attractive, yet is a denial of everything Jesus teaches about discipleship and service. 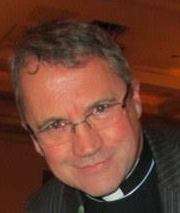