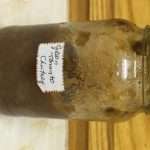 It being the day off and there not being much to do, tea could be prepared in a leisurely way. Brown bread, two sorts of cheese, pickled onions and a large spoon of chutney – a pickled egg, and it would have been complete.

Picking up the plate and a mug of tea, to go to sit at the fireside and a cold January evening, there was a sudden moment of slipping back more than forty years. Perhaps a teenager, perhaps only eleven or twelve, I was with my father at my grandmother’s house in Yeovil. Why we were there has gone beyond recall, but my grandmother had prepared cheese sandwiches for us. Without offering a word of thanks, I took one of the sandwiches, lifted the bread and looked at the cheese. “Haven’t you got any pickle?” I asked.

My grandmother said not a word, but went to the kitchen, returned with pickled onions and chutney, and put them on the table. Whatever conversation followed has long been forgotten, all that remains is the sense of guilt I felt at such obvious and inexcusable rudeness.

While it wasn’t always the case, there are too many memories from teenage years of being arrogant, being rude, being downright boorish. It wasn’t the way I had been raised, it was a matter of choice. Perhaps there was never any real unraveling of the bizarre logic that underlay such a choice, even at the time it probably defied explanation. Maybe it was an attempt at being assertive, a vain attempt at impressing others, an immature striving to create a personal identity.

It has been written that it is not what we remember that matters, but how we remember it. That the memory of the cheese sandwich can still cause a sense of unease more than four decades after it was eaten suggests that it is something remembered in a way that, if it is not destructive, is at least strongly negative.

There must have been points in the intervening period where there might have been an opportunity to talk to someone about the demand for pickle, to talk about the issues raised by the memory, but, if there were, they were missed. How would one have raised the question, anyway? It sounds absurd.

How much of our personality is shaped not by the objective facts of our lives, but by our subjective recall and interpretation of moments forgotten by everyone else? How much unhappiness is completely unnecessary? 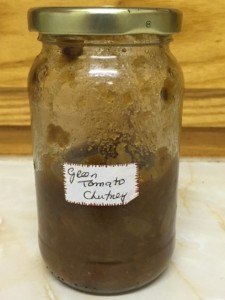