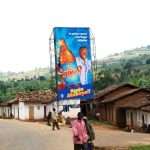 Reading Sebastian Faulks’ novel, “Where my heart used to beat”, there is a moment that is familiar, a moment that evokes deeply vivid memories:

“Being back in my own flat felt strange. The place didn’t seem to belong to me. Although I remembered where everything was kept and was able to operate the answering machine without a problem, I as though I was impersonating myself . . .

. . . In moments of extreme stress, a useful little mechanism is engaged by the brain, a circuit that has proved successful in our evolution: we detach. It feels unreal. We look at ourselves in the mirror as though at someone else; we speak out loud, such stuff as, “I don’t believe this is happening”. A version of this was clearly what I was experiencing now.”

Maybe everyone has such moments, a sudden sense of dislocation, of wondering what set of circumstances conspired to leave one in some unexpected place or circumstances. For me, such moments usually come far from home, a sudden angst at being in a place where loved ones are at a great distance, where there is a sense of being very alone and very vulnerable; a great homesickness falls like a smothering blanket, there is a desire to be transported Star Trek-like to a place of safety and familiarity.

Occasional moments have played out as scenes from a film, or more likely, a documentary. A moment in Burundi, far from possible diplomatic intervention, when keen awareness was important, played itself like scenes in which one was looking in from outside; a sense of not being engaged, not being in control.

It was a June Saturday afternoon and a friend had met me at the frontier post and reading now the description I wrote of the moment seems like reading a story about someone else. At the time it seemed like a documentary I was watching:

The story of the day was to continue with police corruption and physical danger and the whole day seemed unreal.

There is almost a sense of consolation in the idea that my response was an evolutionary defence mechanism and not just a failure to cope with reality. 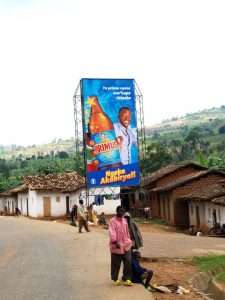