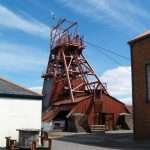 One of those quirky BBC Radio programmes told the history of working men’s clubs in Britain. It was a surprise to discover that the movement had begun with an Anglican clergyman in the Nineteenth Century. The Clubs and Institutes Union that developed was initially an attempt to give working men a social environment that did not centre upon alcohol, of course the temperance tradition did not persist for very long. The number of clubs reached a peak of over four thousand by the early-1970s, by the turn of the century that number had almost halved and a fear was expressed that if the trend continued there would be none left by the year 2025.

The disappearance of the coal mining industry was seen as a major factor in the decline of the clubs. The miners’ “welfares” had been a central part of the pit communities and as the pits disappeared, so there were no longer miners, and the clubs into which they would once have poured at the end of a shift no longer commanded the same place in local social life.

Traditional coal mining has now disappeared from Britain, the last deep pit closed; it is hard to imagine that at the end of the Second World War there were a thousand pits and a million miners. Even elsewhere, the future of coal mining is no more than two to three decades, the agreements on carbon emissions creating increasing pressure to use renewable energy.

Oil prices today are reported to have fallen to $30 a barrel, some analysts believe it will fall to $20; the risk analyst Nassim Nicholas Taleb suggested last autumn that the figure could fall as low as $4 a barrel. The present price slump arises from a glut in supply; economic decline in China has been the prime cause of a fall in demand, while the desire of Saudi Arabia to hold on to its market share means it has been reluctant to lead a reduction in supply.

Oil prices may rise again, but in the long term the demand for oil bought as a motor fuel is going to steadily diminish. The agreements on carbon emissions that inhibit the coal industry will put similar pressure on the market for oil while the inexorable progress of technology will make normal the motor vehicles that are now considered alternative, those driving electric cars in a generation’s time will laugh at the idea of burning refined oil in order to travel. 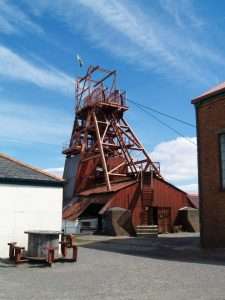