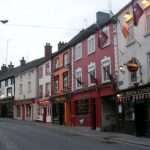 Limerick blogger Bock the Robber highlights an Irish Times report that a Tralee publican was required to pay €1,250 to the poor box for being open at 10.10 am on a Sunday, two hours before the permitted opening time. It is a case that should prompt people to question the function of opening hours, though is unlikely to do so. How many of those in the court would even have known the origin of licensing hours, which arose not from a desire for social reform, nor concerns about public order, but from the Defence of the Realm Act of 1914? Licensing hours were introduced because it was believed that if the opening hours of public houses were not regulated, the war effort might suffer.

More than a century later, one assumes that the concerns about the war effort are past and licensing hours are retained because of “social” arguments. Yet if it is the fact that the drinking takes place on licensed premises that is perceived as a problem, one might assume that a sharp decline in the number of pubs would have seen a concomitant drop in alcohol problems. Strangely, the decline in the number of pubs has coincided not with a fall, but with a rise in alcohol problems, and a rise in the number of public order offences. Alcohol bought in supermarkets is a fraction of the price of that bought in pubs, and young people with slabs of beer have no landlords or barmen to inhibit their consumption. The demise of the pubs has brought problems instead in unpredictable places and unpredictable times.

There seem to be cultural problems in Ireland in dealing with the consumption of alcohol. Wine and beer are considerably cheaper in France and their consumption is less regulated, yet one does not see the levels of public drunkenness and anti-social behaviour one sees in Irish towns and cities.

Perhaps the answer is not in imposing licensing hours that tell people when and when not they may buy a glass of beer; but in telling people that they are grown ups and must behave maturely. If they are drunk in the street, arrest them; if they commit public order offences, arrest them; if they become abusive and violent, arrest them; when coming to court, point out simply that they have been treated with trust and have betrayed that trust.

The legal milieu within which pubs exist seems to carries with it a sense that drinking in a pub is something that can only be tolerated within carefully prescribed parameters. The paternalism of the courts has exacerbated rather than relieved problems. Treat people as adults, expect them to behave as adults; maybe, then, they will act as adults. And, if they don’t, it will be their choice – and their acceptance of the consequences. 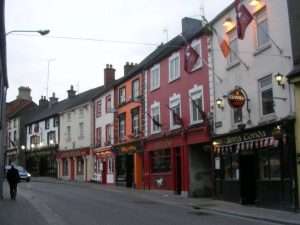