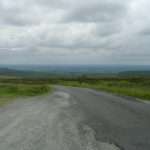 “Sometimes I wake at night and I am back farming again and I think of all the things I did wrong.”

The experience of waking in the early hours and going over every mistake one has ever made is probably more common than the frail man in the chair might have imagined, but were he asked, that had he the chance to live his life again, whether he would have wanted to be farming, the answer would be unambiguous. Being a farmer was not his occupation, being a farmer was what he was.

Cold numbers would suggest that there is little or no logic in many farmers continuing their unforgiving work. The farms make no money, the only income is the European Union basic payment, and it has shrunk and will continue to shrink for small farms as emphasis is placed upon bigger and more “economic” farm units. There are many farms where the sale of the land would give the farmer, often a bachelor living alone, some comfort and warmth in their retirement years, but such a thought would not be contemplated: the last thing one does is to sell one’s land. It has been estimated that just a quarter of one per cent of Irish farmland comes onto the market each year; if all farms were sold just once, at that rate it would take four hundred years for every farm to change hands.

European Union figures published last year showed that the age of the average Irish farmer is 57 and that only 6.8% of Irish farmers are under 35 years old, while 25.3% are older than 64. A quarter of farmers are of pensionable age, many of them even older than the man who sometimes spent nights contemplating his farming life.

Sitting watching the cold winter rain falling on  afield outside, I wondered what it was that had compelled the man, and almost every friend he knew, to follow a life of hardship and frequent discouragement. The question, “if I am what I do, then if I do nothing, does it mean I am nothing?” is probably one that is most applicable to farmers, should they cease to be farmers, then what are they?

Ceasing to be a farmer would mean ceasing to be part of a community, a fellowship, a family. It would mean no longer gathering with those who shared a language, a culture, a wide range of common assumptions. Where would one turn if one stopped being a farmer?

There is an apocryphal story of a farmer winning €3 million on the lottery. “What will you do with so much money?” asked a reporter.

The farmer looked at the reporter and said, “Sure, I suppose I’ll keep on farming until the money is all spent.” 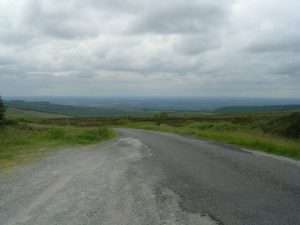