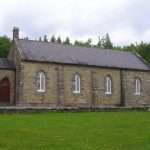 As we continue our Lent journey through Saint Luke’s Gospel, thinking about some of those whom Jesus met along the way, we come to the encounter with Martha and Mary. As we read the few verses that describe the visit of Jesus to their home, what is there that we might learn?

Saint Luke Chapter 10 Verse 38 tells us, “Now as they went on their way, he entered a certain village, where a woman named Martha welcomed him into her home.” It seems an odd verse, it is also the home of Mary and of their brother Lazarus, whom Jesus raises from the dead in Saint John Chapter 11, but Saint Luke, who is careful in what he writes, trying to set down an orderly account, uses the words “her home.” Is Luke telling us something, either consciously or unconsciously, about who was the power in the house, about who was in charge of things?

What do we make of Martha? Perhaps we know people like her, people who dominate their families, or perhaps we have had to be like Martha ourselves, take charge of things, even if we didn’t wish to do so.

If we had to choose to be Martha or to be Mary, which of them would we choose?

Verse 39 says, “She had a sister named Mary, who sat at the Lord’s feet and listened to what he was saying.” Mary seems very different from Martha, with such different personalities, had they clashed before? It seems unlikely that there would not have been disagreements at times. Perhaps Mary is so accustomed to being told by her sister what she should be doing each day that when an opportunity comes to just sit and listen to Jesus, Mary seizes it.

How would we have seen Mary? Perhaps she is a daydreamer. It is hard to imagine Mary on a farm, the cows would not have been milked and the hay would not have been saved. Perhaps we would see Mary as one of those people who is so heavenly that they are of no earthly use. Or perhaps we would have seen Mary differently, perhaps we would have seen her as someone who is quiet, but who is just as serious in her faith. If we look at Saint John Chapter 11, we see Martha going out to meet Jesus and telling Jesus that her brother Lazarus would not have died if Jesus had been there. Martha declares her faith in Jesus, then in Saint John Chapter 11 Verse 28, we see that Jesus treats Mary as just as important as the more vocal Martha. Saint John says Martha “went back and called her sister Mary, and told her privately, ‘The Teacher is here and is calling for you.'” Jesus takes Mary seriously.

Saint Luke Chapter 10 Verse 40 then tells us, “But Martha was distracted by her many tasks; so she came to him and asked, ‘Lord, do you not care that my sister has left me to do all the work by myself?'” Martha seems only concerned with doing things. Martha seems as though she has decided to do her entire spring clean just as Jesus has arrived. Now either she is doing things she does not need be to be doing at that moment, or she is letting the things she has to do get blown out of their right proportions. This is a modest household in First Century Palestine, Martha could not have had so much to do that there was not five minutes to sit down and be quiet.

There are always more things that can be done if we look for them, particularly if we live on a farm. But no-one works every waking moment, there is always five minutes somewhere in the day to sit down and think. Are we like Martha, making great lists of things to do, knowing that many of them would keep until tomorrow, and never having time to just sit down and be quiet?

Martha seems almost childish in her request to Jesus, “Tell her then to help me.” Is it like children who assume that the arrival of a visitor means that the usual rules do not apply? Are we sometimes childish ourselves in our friendship with Jesus, having fits of pique when things do not go the way we would wish? Do we sometimes protest to God about the behaviour of others when our protest is simply about us not getting our way? We do not know the tone of voice in which Martha spoke, but would hardly have sounded very mature.

Jesus seems familiar with the tensions in the household, perhaps this is not the first time he has encountered a disagreement between the sisters. Perhaps Mary does tend to be a daydreamer and perhaps Jesus feels sympathy for Martha, who has had always had to be the practical person. Jesus speaks gently to Martha in Verse 41, “Martha, Martha, you are worried and distracted by many things.” Jesus does not say that these things don’t matter, only that they should not be a worry and a distraction.

How good are we at avoiding worries and distractions? Those who would teach us about time management would say there is a need to distinguish between those things that are urgent and important and those things that are urgent, but unimportant; sometimes because something is urgent, demands our attention, we assume that it must be a priority when it might be something entirely trivial. We can find that we spend our time giving immediate attention to things that ask for responses straightaway and that we neglect the important things we should be doing.

Jesus tells Martha, in Verse 42, “there is need of only one thing. Mary has chosen the better part.” Jesus’ challenge to Martha is whether the things of God are a priority over all the other daily concerns. Mary believes they are, Martha has not stopped to think about it. The concerns of everyday domestic life have caused Martha to lose sight of who it is that is speaking to her. How could Martha be fussing over kitchen things when Jesus was teaching those who were gathered in the house?

How much value do we place upon these things? Are we people of the here and now, people always busy with the business of everyday life, people who set store on the material things of this life, or are we people who have accepted words of Jesus that cannot be taken from us?

We need to be both Mary and Martha: to bring together in our lives both a desire to get on and do things and the desire to stop and to look for God and to listen to what he says. We need the story of Mary and Martha to help us keep life in balance. When we get so caught up with material things, we need the reminder that Jesus gives us, that Mary has chosen the better part. 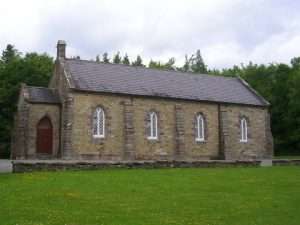