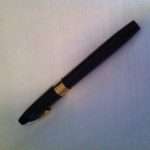 The passing years have brought a growing awareness of being ignorant of more and more things, so in a desperate attempt to block some of the holes, the selection of books to read has become ever more eclectic. Reading Stephen Hawking’s A Brief History of Time at night (well, trying to read it, much of it is simply beyond someone whose scientific education did not extend beyond doing General Science for the Certificate of Secondary Education), I have been struggling through Irvin D. Yalom’s The Theory and Practice of Group Psychotherapy for an hour each morning (and am pleased at having read two hundred and eighty of the five hundred and sixty pages).

Hawking is generally less unsettling than Yalom, the realities he describes are so far removed from everyday experience that while overwhelming, they do not disturb. Yalom is much more troubling, the traits and experiences he describes are recognizable in encounters with others, and more worryingly, seem often to be a description of myself.

Yalom is more eclectic in his references, his discipline allows a much more catholic approach. Writing on the composition of therapy groups, he alludes to Albert Camus’ novel The Fall. With a laptop only a few inches way, it was a matter of seconds to check the reference to the human need for a self-disclosure that is determined by oneself. Camus’ character Jean-Baptiste Clamence declares:

Besides, if everyone told all, displayed his true profession and identity, we shouldn’t know which way to turn! Imagine the visiting cards: Dupont, jittery philosopher, or Christian landowner, or adulterous humanist—indeed, there’s a wide choice. But it would be hell! Yes, hell must be like that: streets filled with shop signs and no way of explaining oneself. One is classified once and for all.

You, for instance, mon cher compatriote, stop and think of what your sign would be. You are silent? Well, you’ll tell me later on. I know mine in any case: a double face, a charming Janus, and above it the motto of the house: ‘Don’t rely on it.’ On my cards: ‘Jean-Baptiste Clamence, play actor.’ Why, shortly after the evening I told you about, I discovered something. When I would leave a blind man on the sidewalk to which I had convoyed him, I used to tip my hat to him. Obviously the hat tipping wasn’t intended for him, since he couldn’t see it. To whom was it addressed? To the public. After playing my part, I would take the bow. Not bad, eh?

Imagine if Clamence’s idea were fulfilled, that our card declared not only who we were, but what we were. The prospect would be appalling. What would happen in a society where everyone at once knew everything about everyone else? What employment would there be for someone who has spent a lifetime accumulating miniscule amounts of knowledge about many things and knows nothing really about anything? 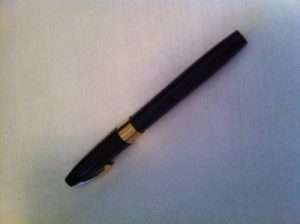