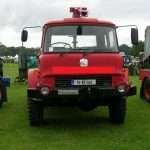 The morning news bulletin carried a bizarre story from the North, a fire engine had been stolen and driven around a town, colliding with a number of vehicles before it stopped and the two thieves were apprehended. The reports suggested the culprits were aged sixty-six and nineteen.

Were it a story from the days when cases were heard before a resident magistrate, a plea of mitigation would have been entered, “drink was taken.” One assumes that was the case last night, surely no-one who was sober and in full possession of their mental faculties would have stolen a fire appliance and driven it around a town? The perpetrators probably now feel a deep sense of regret and shame, particularly as the story seems to have spread across the airwaves and internet.

But even if alcohol was a significant factor, what was their motivation? If the effect of alcohol was to remove inhibitions, what went through the minds of men whose ages are two separated by two generations? Do fire engines have a strange fascination? Do they still have the capacity to beguile small boys, even when those boys have reached pensionable age?

One of my earliest memories, perhaps from the age of three, was being in a seaside town, in a van driven by my uncle, when suddenly all the traffic came to a sudden halt. There was the clanging of a bell as a red fire engine went flying down a street, in times when forty miles an hour was fast, it was probably not going so fast as I remember. There was a moment of both fascination and fear; fascination at the complexity of the machinery, the urgency with which it proceeded, and the priority it was accorded, and fear at what the firemen might have to face. There was smoke visible above a building some streets away, perhaps it was not even a serious fire.

From that age onward, fire engines always attracted my attention. Wherever they might be going, whatever their task, the blue light and the bell, and then blue light and the siren, had a magnetic equality. Only in teenage years did an awareness grow that the fireman’s lot was not a happy one, that the calls to house fires and motor accidents might bring encounters with horrific scenes.

Perhaps it was the very brief stories about my grandfather’s war service in London as a member of the National Fire Service that had planted a fascination; he had served through the Blitz, though never spoke of it. Perhaps there was an unfulfilled subconscious desire to  follow in his footsteps. Yet even with a lifelong fascination with fire engines, there has never once been a desire to drive one around a town. 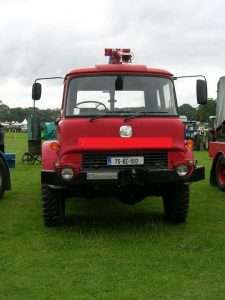