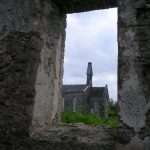 “Then they seized him and led him away, bringing him into the high priest’s house.” Luke 22:54

We are spending this Holy Week looking at five buildings in Saint Luke’s account of the days from Palm Sunday until Good Friday, five structures that are part of the story, and ask what is the significance for us in what happens in each of these places?

The spiritual authority of the high priest was being threatened.  The priests have been offended by the spiritual implications of Jesus’ teaching.  Early in his ministry, Jesus has said that worship is going to be something thoroughly different. When he has a conversation with a Samaritan woman in Saint John Chapter 4, Jesus explains that the Temple and all that went with it would become irrelevant. In Verses 23-24 of Saint John Chapter 4, Jesus says, “But the hour is coming, and is now here, when the true worshippers will worship the Father in spirit and truth, for the Father seeks such as these to worship him. God is spirit, and those who worship him must worship in spirit and truth.”

No longer will the Temple in Jerusalem be the focus of worship. God’s presence will no longer be in a building in a city, but Jesus himself will be the temple, the place of God’s presence on Earth. The Temple ceremonies, the old way of worship, will be exchanged for worship in spirit and in truth.

Are their moments when we have felt that the Gospel story might offend our ideas about our own faith? If Jesus said to us that all was needed was that we worshipped him in spirit and in truth, how would we react to him?

Saint Luke Chapter 19 Verse 45-46 tell of Jesus cleansing the Temple, “Then he entered the temple and began to drive out those who were selling things there; and he said, ‘It is written, “My house shall be a house of prayer”; but you have made it a den of robbers.” Pilgrims to the Temple would wish to make a sacrifice, but they could not bring their own animal with them, it must be bought at the Temple. Ostensibly the rule was to ensure the purity of the animals, to ensure that the sacrifice might be one that was pleasing to God, but it allowed great scope for profiteering, great scope for sellers to charge prices far higher than might have been paid elsewhere. It is not fair exchange, it is robbery, and it was being carried out not only by the animal sellers, but by the money changers as well. Pilgrims had to pay a Temple tax, it amounted to as much as a day’s wages for poorer people, but it could not be paid in ordinary currency, it had to be paid in a Temple currency that had to be bought from the money changers – they would charge as much as a further day’s wages as commission for changing the coins.

People have been robbed of their money and the money has gone into the pockets of the priest. The high priest has a fine house, a house large enough to accommodate the crowd of people that have gathered because of the money that has been paid by the pilgrims to the Temple. Jesus is challenging all of this.

The high priest wished to defend his position; would Christians today react any differently? If we are told that we are going to lose our influence in society, how do we react? Historically, Christian leaders have not differed much from the high priest in their desire to hold on to what they have, in resisting anything that might diminish their influence.

The high priest is challenged spiritually, financially and socially. He is in the forefront of the opposition to Jesus; he sends his men to arrest Jesus. Chapter 22 Verse 50 tells us, “Then one of them struck the slave of the high priest and cut off his right ear.” Jesus will not be drawn into the ways of violence, “No more of this!” he shouts, and he heals the wounded slave.  Jesus then turns to those whose spiritual authority has been challenged, those whose financial wealth has been threatened, those whose social standing has been questioned and, in Verses 51-52, “said to the chief priests, the officers of the temple police, and the elders who had come for him, ‘Have you come out with swords and clubs as if I were a bandit? When I was with you day after day in the temple, you did not lay hands on me. But this is your hour, and the power of darkness!'” 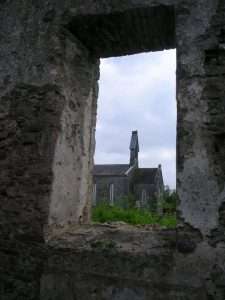