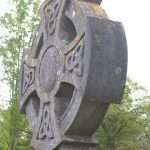 I grew up listening to the pop music station BBC Radio 1. One of its best-known presenters in the 1970s was Simon Bates who presented a mid-morning programme each weekday. The programme used to include an item called “Our Tune”. Simon Bates used to read people’s personal stories, sometimes happy, sometimes poignant, sometimes tearful, and at the end of the story the person would request a particular record, a tune that evoked for them the memories of particular moments. Being hopelessly sentimental in those days, I could be in tears by the end of the story! Many of my friends at home still remember “Our Tune,” some still remember some of the stories.

When we think about how a single tune can have the power to bring to people all sorts of thoughts and memories and emotions, perhaps we should ask ourselves why the church has not been nearly so good at capturing people’s imagination. The story we have to tell has lots of tunes and is the story about a most amazing, charismatic and life-changing man. We should be far better than any pop music song when it comes to pulling on people’s heartstrings. We have a true hero, a hero who fights injustice, a her who frees those who are trapped, a hero who leaves no life untouched amongst those whom he meets. We have a hero who faces opposition, persecution, violence and finally death. He is left in a grave and then, in a blinding flash on a Sunday morning he walks out triumphant. If we can’t capture people’s imagination with that story, then how will we do so?

We have been given a story to tell that should draw on every single emotion of those who hear it. But instead of simply telling that story, instead of telling of the empty grave and the Risen Jesus meeting with his friends, the Church of Ireland seems to have put the organisation in front of Jesus. When we talk to people we know about what the “church” means, most will talk about the organization, parishes, dioceses and all that stuff; none of which has anything to do with the story of what happened on that Sunday morning in Jerusalem.

It’s as though we had been given a record to play, and instead of listening to the tune, we instead concerned ourselves with what the record looked like and how the record player worked. It is the tune that evokes the emotions and the memories, not the machinery. We need to retell the story of Jesus as it is, free of all that has become attached to it, and allow the story the power to touch people’s hearts. 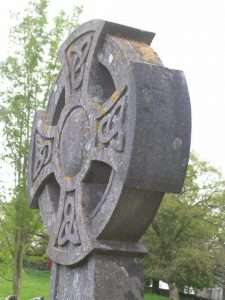