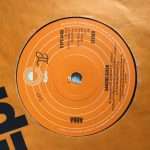 According to yesterday’s Financial Times, physical recordings now only account for 28.8% of recorded music sales in the United States, digital downloads and streaming each accounting for 34% of sales.

Reading the report, there was a moment of reflection that future generations will never know the experience of  buying vinyl discs, for the buying of a record was no casual decision. In schooldays in the 1970s, money was tight and selections were not to be rushed. A disc might be perused in four or five different shops before there was a firm decision to make a purchase. Albums were generally out of the question, an outlay of three or four pounds was impossible, when one had only two fifty pence pieces. A 7″ single could be had for fifty pence or less, but buying the right one took time.

Looking back at the many hours I must have spent in record shops and looking at some of the truly dismal records I bought, it is hard to imagine what thoughts had gone through my head. “Did I really buy that?” I ask myself, “Or was it someone else’s single that somehow get muddled with mine?” The evidence tends to be irrefutable, having devised a monogram from my initials in precocious teenage years, I wrote it on the sleeve or the label of every record I bought; the bad records were undeniably my own choice.

Boxes of singles could generate hours of conversation. Going through friends’ collections and picking out ones to be played was a staple activity for those who did not dance and who had not found their way to the kitchen at parties. Occasionally, obsessives would worry that the right record would not be returned to the right box, but mostly it was good humoured stuff. Albums had the capacity to inspire even more interest. First there was artwork on the album cover to be discussed, and then there might be an insert with all the lyrics, before there was any thought of actually playing the thing.

There is undeniably something tangible, tactile, visual, in paper and card. Digital downloads offer nothing comparable; nothing more than a few words on a display. Online streaming is as ephemeral as an Irish summer. What does it profit a listener to have a whole world of music on an iPod and to have lost the soul of the artist and the music?

Downloads and streaming are not without their advantages, one of which is that they leave no physical trace, no artefact of a past that would damage one’s credibility among rock music fans. 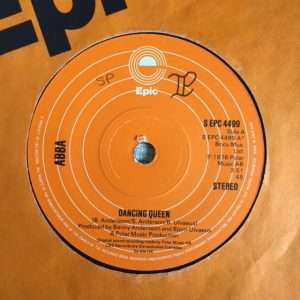