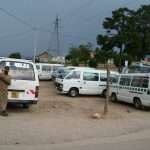 It’s annoying, Hyundai knows how to make a decent car. But with the i800 it has chosen to make one that is boring and slow and ugly and awful. Because it probably figured there was no point in trying with a car that was only going to be bought by African taxi drivers and European Catholics who’d had too many children and were consequently too exhausted to notice that they were only going at 6 mph.

I will never go in one again. Even if it’s three in the morning and it’s raining and I just want to get home and it’s what the taxi driver happens to be driving. Because I’d rather sleep on a bench and catch flu.

Clarkson’s comments are a piece of silliness, but what of the stereotypes he employs in his denigration of the car? (Incidentally, the car was awarded four stars out of five by Honest John).  Are there still European Catholics who have so many children that they are too distracted to be overly concerned about the speed at which their car might travel? Perhaps there are still Catholic families so large that they need an eight seater people carrier to accommodate their children, perhaps Jeremy Clarkson could find people who might fit his stereotype, though their defining characteristic is more likely to be that they are poor rather than that they are Catholic.

And what of the other stereotype, the African taxi driver? Anyone who has travelled in Africa will know how far wide of the mark is a comment that suggests African taxi drivers do not know every detail of their vehicle, not just their livelihoods, but their lives will depend on their own knowledge.

Watching African taxi drivers pull into filling stations and ask for a couple of litres of petrol because that is all they can afford is a humbling experience. Watching them hand over the equivalent of €2 in the local currency and drive off the forecourt in the hope of finding passengers to enable them to recoup their expenditure creates a feeling of guilt at the profligacy of our motoring in Europe. Most strikingly, watching the speed at which they drive on dangerous and unpredictable roads causes one to fear for both those in the car and those outside it.

The idea an African taxi driver would be indifferent to his vehicle is laughable. Travelling once from Burundi to Rwanda, I was met at the Rwandan border by a car sent by the church. A Ugandan man at the border asked if he might travel with us, it was raining heavily and there seemed no public transport available. The church driver was very cautious, a steady 50 km/h, it was not long before we were being overtaken by a succession of vehicles the size of the Hyundai eight seater, (except in Africa they have been fitted out with benches and will hold up to eighteen passengers). When we reached a town, the Ugandan man asked if he might get out of the car, we stopped and he ran across the road to get into a taxi. It moved off at speed, soon out of sight of our sedately moving vehicle.

If Jeremy Clarkson is right and Hyundai have built a car for African taxi drivers, then it will need to be very different from his description. 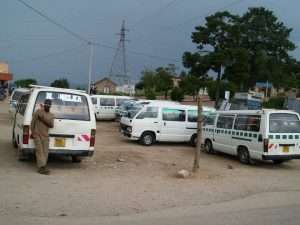