Watching a robot milking parlour working at last year’s National Ploughing Championships,  as someone who grew up on a small traditional farm, I thought it might be interesting, but that it wouldn’t happen here. The cows are trained to go to the parlour by themselves where the robot system does all the necessary work. The cows co-operate with the system because they are fed meal each time they come to the parlour. The robot is programmed to keep detailed records of each of the cows, monitoring the milk yield from each, notifying the farmer if there are problems. It was all like something from a science fiction film. I had walked away thinking that we would be safe from such innovations, our farms were rarely single blocks of land where one might place a robot milking parlour at the centre, our cows were hardly going to be able to open gates and cross roads by themselves.

Sitting discussing the robot system with a farmer who had worked with a dairy herd from his youth until last year, it was alarming to hear his perspective on the technology. When I pointed out the problems of applying the robot system to Irish farms, he agreed. In his view there were few places in Ireland that might sustain such a system, he believed that farms of a thousand acres with a thousand cows were the likely future. Farms where hundred acre lots with a hundred cows and a robot parlour would need little by way of human input. The system would be ruthless, cows might not even have the opportunity to spend time grazing grass, instead they would spend their entire milking lives in massive sheds, fed on meal. Cows in such a system would not receive veterinary care, at the first sign of problems indicated by the computerised monitoring, they would be sent to the factory.

Of course, such factory farming of dairy herds would raise great ethical issues, but ethical questions have not inhibited many other forms of farming where animals are merely units of production. Market forces are far more powerful than ethical concerns, ask anyone who has campaigned for Fair Trade.

What will be the future of Irish farms if the robot dairy farm becomes the norm? As economies of scale drive down milk prices, how will many farmers here hope to compete? The depressed prices of the present time may become not a blip in the market, but a long-term reality. Perhaps the dominance of the robot farm is still a generation away, but once developed, technology does not get forgotten.

If the automation of farming continues, what will there be in the fields of Ireland? What will sustain our rural communities if farming itself becomes unsustainable? 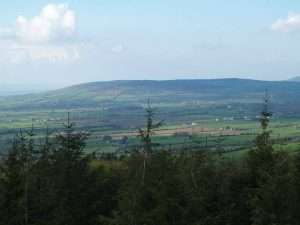