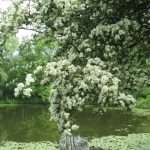 Peggy, my mother-in-law would prepare a big Sunday lunch in her Co Down home. Roast beef was the favourite, with roast potatoes and piles of vegetables and horseradish sauce. The table in the kitchen of her two-bedroomed bungalow was always properly set, the good cutlery, the cut glass. The placemats that protected the polished surface of the table were decorated with illustrations from “The Country Diary of an Edwardian Lady,” a book that had been a bestseller in the late 1970s. Along with the intricate drawings of flora, there were lines of poetry appropriate to the artwork.

“The merriest month of all the year is the merry month of May,” is the only line that remains in the memory. They were words that always brought a hint of sadness at the passing of a month that brought sunshine and long days.  On those Sundays two decades ago, there was no option of taking a mobile phone from one’s pocket and checking the source of the quote. Knowing little about poetry, I had imagined for more than twenty years that the words were written by Keats, or someone of similar standing. It was odd this evening to discover that the lines are from a song called “Robin Hood and the Widow’s Three Sons” which appears in The Oxford Book of Ballads published by Arthur Quiller-Couch in 1910. The first stanza of the ballad goes:

Even I knew it was hardly the work of Keats, but being a ballad it was something much older. The song was one of more than three hundred English and Scottish ballads collected by Francis Child during the late-Nineteenth Century.

The song was one that had endured for generations, men in taverns, women at firesides, had raised their voices to sing the lines. Perhaps it was just the alliteration, the repetition of the letter “m,” but perhaps they found, in it, something more, perhaps May really was the best of months for them.

A lady whom I visit each month would concur with such a thought, there is almost a hint of regret when she speaks of the coming of June, for she knows that before the month is out, the days will have turned and the dark evenings will be returning. Perhaps the Edwardian lady shared such a thought. 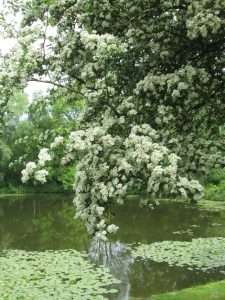