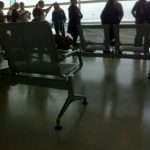 “I don’t want to leave on economic grounds, I am not concerned with economics.”

The campaign for Britain to leave the European Union seems to have abandoned economic arguments, the £8.5 billion annual cost of British membership being dwarfed by the implications for trade and economic growth. Taking a cue from the arguments in the media, the supporter of the “Leave” campaign said his concern was with immigration. “There are millions of Eastern Europeans who should be sent home.”

Pointing to the academic research from Oxford last year that showed there were not “millions” was of no avail. “Those are just the ‘official’ figures.” Presumably figures provided by tabloid media, or someone in the pub were more reliable.

The “Eastern Europeans” have become the scapegoat for all the country’s ills. The £850 billion needed to bail out the banks, a figure that is one hundred times Britain’s annual EU contribution, has been forgotten, it being convenient for powerful people to deflect attention from those who broke the country. Poor and vulnerable communities that can be readily identified are much easier targets.

There seems no sense of embarrassment in the expression of plain prejudice, but the expression of prejudice has always been thus?. It need produce no evidence for it to be considered a convincing reason to hold an opinion.  An aunt, long dead objected to “the Irish”, an uncle of a similar vintage objected to “the Asians.” Having a grandfather who suffered persecution at the hands of Mosley’s Blackshirts, I grew up with stories of those who objected to “the Jews”. Always there was some group upon which to pick, never mind that the complainers might confess that they knew not a single person from the group they hated, never mind that the chosen scapegoats were economically much poorer.

Living in a Protestant community in Northern Ireland, those demonised were “the Catholics”. Sometimes the term “Catholic” was not even used. Having moved to an area that was overwhelmingly Catholic and Nationalist, where I received nothing other than warm friendliness, I travelled to a town near Belfast to take a service one Sunday evening.

“Where are you from?” asked the churchwarden. I told him. “There are a lot of ‘them’ down there”, he replied.

Feigning ignorance of his meaning, I said, “are there?”

To have attempted a reasoned discussion was pointless, he had made up his mind. So it is with the “Leave” campaign. 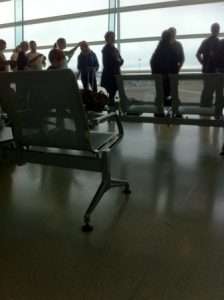