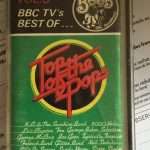 “Everyone has a soundtrack in their head. All the time. Constantly,” declared poet Theo Dorgan on Lyric FM on Wednesday morning. As someone who couldn’t carry a tune in a bucket, the idea of being able to have a soundtrack playing in my mind would be appealing, or perhaps troubling. A soundtrack in one’s head would really be mood music, a composition shaping one’s thoughts and emotions.

Judging from his expressed musical preferences, Theo Dorgan’s soundtrack would be upbeat, uplifting, emotionally encouraging. You couldn’t be depressed with a head full of lively jazz tunes. But if one had to choose a soundtrack to play and re-play all the time and constantly, what would it be?

Perhaps it is the sense of rhythm and tone possessed by Dorgan that allows him to write as he does and that allows him to carry a soundtrack around with him. The less one’s capacity to identify rhythm and tone, presumably the less one’s capacity for a soundtrack. (Studying English literature at A Level was alright until we came to poetry and to Gerald Manley Hopkins and his poems written in “sprung rhythm.” Identifying the  syllables that were stressed and those that were unstressed was beyond me, I had to just agree with what the tutor said and hope for the best – it did not produce a good examination result).

Pondering Theo Dorgan’s suggestion, I tried to play pieces of music in my head; it did not work, a few notes, perhaps a bar or two. My capacity was more for a jingle than a soundtrack. If there were a musical sequence that endured for me, it would be the tones played to communicate with the aliens in the film Close Encounters of the Third Kind. Do you remember the moment when the alien spacecraft lands and the Earth scientists want to express their welcome and an arpeggio (is that the right word?) of electronic music is played repeatedly? It becomes monotonous after the first few times on which it is played.

A soundtrack in my head would not be a soundtrack, it would be an annoying snatch of music that lacks either a prelude or a context, it would be something to try to block, something to exclude. It would be like being trapped in an eternal supermarket. Were I to be able to choose the music, it would probably be something heard in some epic film, as it is, silence is golden. 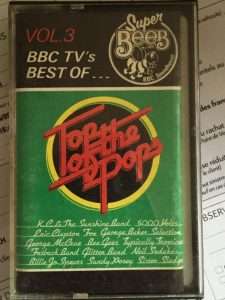