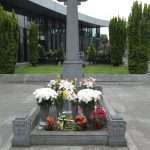 Visiting Glasnevin Cemetery, it was apparent from the abundance of flowers on his grave that Michael Collins was significantly more popular with visitors than Eamon de Valera, perhaps a case of principle triumphing over political intrigue, more likely a case that youthful film star looks having greater appeal than images of an old and frail man. Collins chose to support the 1921 Treaty with Britain; de Valera chose to oppose it. Collins died in an ambush in August 1922 at the age of 31; de Valera completed his final term as president in June 1973 at the age of 90. But were there deeper differences?

Attitudes to the Treaty shaped Irish politics, but real political choices were never made. There has been a complete lack of any proper political discourse since the time of de Valera and Collins. The main parties differed on the 1921 Treaty, they did not differ on their fundamental understanding of the nature of Irish society.

The Republican ideal evaporated after independence as whole sectors of society were allowed to be controlled by the church, not just education but health care and social services became clerically dominated; there was to be no question of choice. Any measure that might have diluted the ecclesiastical dominance of society was resisted with vehemence, as was any legislation that might have taken the State in a direction not approved by the bishops. While de Valera may have resisted McQuaid’s attempts to have the Catholic Church declared the established church in the 1937 Constitution, the funding of church activities that should properly have been the responsibility of the state represented a virtual endowment.

In the last decade, it seemed, that with the decline of church influence, the days of Civil war politics might pass, that there might be robust arguments resting on differences in political philosophy. Politics that depended not on whose side one’s forebear was in 1922, or who was one’s father, or whether one could claim credit for jobs coming to one parish and not another, or whether one could claim credit for obtaining planning permission for someone, or whether one had attended more local funerals than one’s opponent, but on serious political debate. The General election in February showed that the phoney politics of the Civil War divisions will continue, that voters really are more concerned with who will do the most for them personally than with who offers the most persuasive vision of society.

So if the Big Fellow has more flowers than Dev – it is as good a reason as most in this country for voting for one side rather than the other. 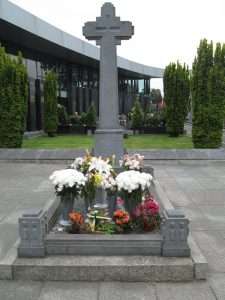