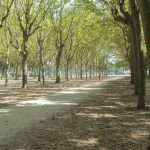 Every Thursday, an email comes previewing the following day’s edition, but the postal service means that the Church Times does not reach here until three days after it has been delivered to the vicarages of rural England. Perhaps there was never an anxiety that one might miss a significant piece of news, ecclesiastical stories are not the stuff of front page secular coverage, but, with the advent of the Internet, even those stories that there are have been widely known long before they appear as ink on paper.

So it is that the Church Times is read from the back toward the front, the weekly column by Ronald Blythe, at the bottom right hand corner of the back page, followed by a perusal of the columns of situations vacant on the inside pages, lest there be a perfect job for someone whose skills set comprises chiefly of drinking tea. In thirty years, there has been nothing sufficiently tempting to prompt an application, though twenty years ago a position in Bordeaux did lead to a request for further information.

Ronald Blythe writes of hearing a sermon on Mary and Martha by the Bishop of Dunwich. The reference to the Bethany sisters dating the sermon to Sunday week ago, 17th July, when they were the subject of the Gospel reading that day. “Dunwich” conjures images of a small brown bird, not at all episcopal.

“There are still plenty of summer days left in which to cherish an English summer evening,” writes Blythe. His words would have come as a relief to the many English school children, whose summer holidays did not begin until last Friday, yet the comment itself carries with it the suggestion that summer is fading.

Next Monday, there will be claims here in Ireland that the beginning of August, Lughnasa, is the first day of autumn. Met Éireann, the Irish meteorological service, disregards such ideas; autumn for them does not begin until 1st September, and rightly so, they have the statistics to prove it. The August association with autumn comes from myths regarding druids, for whose existence there is no historical evidence prior to the Nineteenth Century. Ancient Ireland had no common calendar, other than that of the sun, a calendar to which Newgrange testifies. Anyone who followed such a calendar would have been mystified at the thought that autumn began while the sun was still high in the sky.

But why be overshadowed by the autumnal? Go down to Bordeaux, whose charms were once alluring, and the summer evenings linger far into the days when the Irish are wrapped in winter coats. 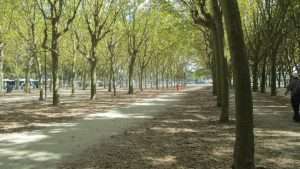