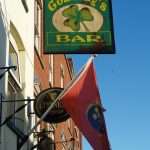 In the Nineties there was not much by way of diversion for an Ulster cleric with a young family and little money to spare. From primary school days onward, there had been a habit each Saturday afternoon of listening to the BBC radio football commentary, there was an interest in football for its own sake. So it was when the idea of a “fantasy football league” appeared, where one could pick one’s own team for the season and the players scored points for their appearances and performances in games, it was an attractive way of passing the time. The Daily Telegraph would carry an entry form each August and there would be hours spent scrutinising the lists of players and picking a team where the respective values assigned to each of the players totalled no more than the permitted overall budget.  Even when moving to Dublin in 1999, the August tradition initially continued, but faded with the multiplicity of other distractions.

Last year was the first in about fifteen when I decided to enter a team. It no longer required the completion of a form, but was all done online, and was free, though there was the offer to upgrade the entry for £4.99 and have a total of six teams. Of course, the team performed dismally and came so low down the list of a quarter of a million entries, it would surely have been relegated.

This week, I thought, “I’ll have a go at the Fantasy Football again, and will pay the fiver to have six teams, so spent a cheerful hour on Tuesday night picking teams.” Using our Sterling debit card, I paid the £4.99 entry fee and the teams were registered.

Yesterday an email came telling me I was disqualified from paying to enter:

Unfortunately because of the way our game works, in some countries (including the UK) it is classified as gambling. This means that we have to be careful to run it in a particular way so that we are not at the mercy of various worldwide gambling laws. As a result we are unable to accept paid-for registrations for our game from outside the UK. We provide for this in clause 2.3 of our terms and conditions:

2.3 Entry to this Competition is restricted to residents of the United Kingdom, the Channel Islands, and the Isle of Man.

Having updated our systems, it has come to our attention that you have paid to play the game using an address outside of the listed territories in clause 2.3.

As a result, this season we will refund the amount you have paid to allow you to continue to manage your first (free) team.

Please accept our sincere apologies and, rest assured, you will receive a full refund. We appreciate your custom, and hope you understand that as a responsible gambling operator we have made our systems more robust to avoid our gambling services being subject to overseas laws.

Our full terms and conditions can be found here:
https://fantasyfootball.telegraph.co.uk/premier-league/icterms

We hope you enjoy the season,
Telegraph Fantasy Football

It seemed an extraordinary piece of legal nitpicking. How does paying a fiver to enter a competition constitute “gambling”? For generations, Irish people have taken part in real gambling in Britain, the football pools and the National Lottery, was their stake money ever returned? was money from Ireland ever refused in the past? 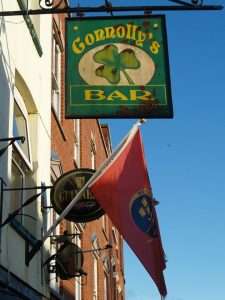