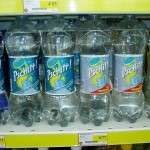 Maigret on television and a pack of headlight beam deflectors lying at the foot of the stairs. The annual holidays approach and with them memories of a France past.

The beam deflectors were not sufficient in times past, one was required to have yellow headlights and beam blockers. Preparations for driving on the continent required buying a kit which included soft black adhesive-backed plastic, out of which triangles were to be cut and stuck to the headlight glass to block the beams of right hand drive cars, which otherwise shone to the left into they eyes of oncoming drivers, and bottles of yellow fluid of the consistency of nail varnish, which had to be painted onto the glass to ensure the lights appeared yellow.

The headlights were but a forewarning of the differences that awaited. There were the toilets – of the hole in the floor type which might flush without warning. There was the milk, stacks of cartons of UHT in every shop and supermarket and not a pint of fresh milk to be found, anywhere. There was laughter at the lemonade which bore the strange brand name of Pschitt, though it tasted all right. And there was the language, English really did seem a rarity in those days, to go to a camp site or a restaurant and not to attempt to conduct the conversation in French would bring a look of complete incomprehension.

In those pre-satellite broadcasting days, there was a genuine attempt to respond to the fact that hundreds of thousands of English-speaking people visited France each summer and Radio France Inter would carry a news bulletin in English twice a day. In the north of the country, BBC Radio 4 was audible; further south, the World Service could be found at odd frequencies. They were times when emergency messages would still be broadcast, “would Mr John Smith travelling on the Riviera please phone home where his mother is very seriously ill.”

It was a France that was very different. The supermarkets simply did not have the convenience foods and global brands that are now omnipresent. To ask for Coca Cola in a restaurant if one was more than twelve years old would invite a look of contempt from the waiter. Telephones were unpredictable and expensive. The whole country then seemed to take its holidays in August, generating traffic jams southward from Paris that dwarfed anything seen on an English bank holiday (one year there were reports of a 200 kilometre tailback north of Lyon).

Yellow headlights belonged to an age before globalisation and a monochrome European culture. Being in France in April and in May, there seemed little left of the age of varnished glass. Heading there in next month, there will be a house with satellite television and Wifi – it seems that only the lemonade remains from former times.