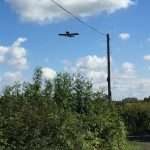 By the 1970s, our village had entered a gentle slumber. A Women’s Institute scrapbook in 1965 suggested there had once been a vibrancy, tradesmen, local enterprise, strong community organisations, but by the 1970s, most of the things remembered were no more than memories.

Elements of decline are apparent, a village shop and a village post office are distant memories. The village pub has closed. It is hard to imagine that there was once a garage where cars were repaired and where it was possible to fill a car with gallons of Fina petrol. Dark patches on the walls of the church expand, it is forty years since the parish ceased to be an incumbency on its own; more than a decade since a priest resided in the village. Public transport is poor to non-existent: a bus runs through the village to carry students to the nearest Sixth Form college during term-time, otherwise a car is essential. Even the telephone box that has stood for years on the village green now lacks even a light bulb. (Sometimes I telephone 01458 250760 in the hope that one day someone might answer).

Much of traditional village life has disappeared, but in the way that the English seem always to have had a genius for adaptation, maintaining a political tradition that avoided revolution, a religious tradition that avoided extremes, a social system that has allowed successive waves of rising middle classes, so the village seems to have been able to re-invent itself in unanticipated ways. A keen interest in history and community life has seen the production of two full-coloured books in recent years; the parish council circulates regular notices of village activities. The primary school, forty-strong in the 1970s, has quadrupled in size and ranks among the best in the country. Pass through the village and all looks picture postcard perfect.

Perhaps the greatest change has been in the economic organisation of the village. Farms have been forced to expand in order to survive, farmers have bought land and sold the dwelling houses. Travel the lanes now and there is hardly a stone dwelling that has not become a desirable residence. Not just the former farmhouses, but the barns and outbuildings have become homes to people with cars that have never stood in a farmyard.

But one knows that a place has changed completely, when one passes a house and there is a white light aircraft parked in the adjoining field and, when five minutes later, a red aeroplane takes off from the same field.

Whether the changes are ones for which one might wish might be questionable, but the village has survived for another generation. 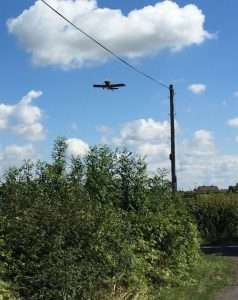