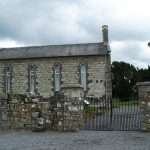 The story begins in Saint Luke Chapter 17 Verse 11, “On the way to Jerusalem Jesus was going through the region between Samaria and Galilee,” It was a place where Jesus was almost certain to encounter Samaritans, people with whom the Jews had a very poor relationship. If we remember the story of Jesus meeting a Samaritan woman in Saint John Chapter 4, we will remember the woman said to Jesus, “How is it that you, a Jew, ask a drink of me, a woman of Samaria?” and then Saint John adds a note, “Jews do not share things in common with Samaritans.” The animosity between Jews and Samaritans was so strong, that when Jesus wants to teach people about caring for strangers in Saint Luke Chapter 10, he tells of a priest and Levite who passed an injured man on the road and of a Samaritan who stopped and cared for the man. The parable would not have made easy listening for those who heard it; among many, there was a hatred for Samaritans.

Jesus does not see religious labels, he sees people. He does not ask the religion of those with leprosy, he just sees people in need of healing. How readily do we follow Jesus’ example? At a time when religious extremism is common, how ready are we to see beyond a person’s religion and to try to see them as Jesus would see them? If Jesus is ready to see beyond labels, shouldn’t we also do so?

The story challenges our attitudes about religion and it challenges our attitudes about social class.  Verses 12-13 tell us , “As he entered a village, ten lepers approached him. Keeping their distance, they called out, saying, ‘Jesus, Master, have mercy on us!'” To have leprosy meant keeping one’s distance from others, it made one an outcast, it meant living on the edge of society, having no friends except fellow sufferers, surviving by begging for charity. To have leprosy meant being an outcast, unless one was wealthy. In Saint Matthew’s account of the days before the crucifixion, we read of Jesus being anointed with costly ointment and there being voices of protest that something so expensive had been poured away when it might have been sold and the money given to the poor. The story of the anointing begins with the words of Saint Matthew Chapter 26 Verse 6, “Now while Jesus was at Bethany in the house of Simon the leper.” Simon is not an outcast because Simon has money enough to have a house where he can entertain a crowd of guests. Money makes a difference to the way that Simon is seen ad treated.

Jesus has no regard for wealth or class, everyone stands equal in his sight. Whether a person at the roadside or someone in a grand house, Jesus makes no distinction. What would he make of our attitudes toward those who might feel themselves to be outcasts in our own times? How would he see the church when people are treated differently according to their social background? Have we the grace to be like Jesus and treat each person as someone created in the image of God?

The story challenges our attitudes about religion, about social class, and it challenges our attitudes about race and nationality. The ten lepers are healed and they are told to go to the priests for official approval of their healing. Only the Samaritan comes back to thank Jesus. In Verses 17-18, Jesus asks, “Were not ten made clean? But the other nine, where are they? Was none of them found to return and give praise to God except this foreigner?” Jesus has not discriminated between Galileans and Samaritans, he has not said to the lepers that he must care first for his own people, then will do something for those who are foreign. Jesus’ assessment of people depends not on their race or nationality, it depends upon their response to his generosity. 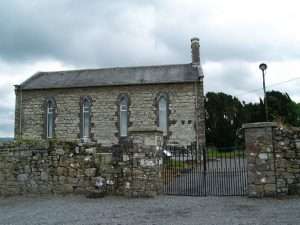