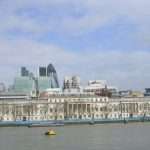 Jeremy Hunt’s suggestion that all foreign doctors in the National Health Service should be replaced is the latest proposal in the process toward the social and economic disconnection of Britain from Europe. What does “foreign” mean, though? How far back must a person’s roots go in order for them to not be considered foreign?

Coming from a village that was considered so insignificant it was simply called “Ham,” the Saxon word for village, it is interesting to note the Domesday Book entry for the place. Nine hundred and thirty years ago, it had been taken over by foreigners:

The Normans had swept away the Saxon landowners, Leofric, Alfwold and Aelmer had lost their lands to Robert of Auberville, Serlo of Burcy and Gerard Ditcher. Auberville and Burcy can still be found in the Normandy department of Calvados. Gerard Ditcher had a number of landholdings, in each place a Saxon landlord had been deposed.

Of course, it would be absurd to consider the descendants of the Normans to be foreigners, so where does one draw the line? Five hundred years ago, thousands of Protestants fled persecution in Europe, they would not be considered foreign, would they? In the Nineteenth Century, waves of immigrants arrived from Ireland and Eastern Europe, they would now be considered British, wouldn’t they? In the Twentieth Century, there came arrivals from the Empire and the Commonwealth, many of them actively sought in order to deal with a shortage of workers in post-war Britain, no-one would seriously suggest they are still foreign, would they?

Britain has had wave upon wave of immigration through the centuries and millions of British immigrants have found work and new homes in every corner of the world, when did the movement of people become a problem?  Britain’s current economic woes were not caused by foreigners, they were caused by unfettered reckless capitalism, the years of austerity were caused by a failure to effectively regulate speculative banking. Blaming “foreigners” for the woes of the nation diverts attention from those responsible.

Next time a government minister talks of replacing foreigners, ask what issues are being hidden. 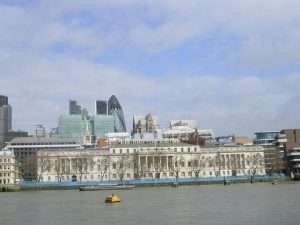