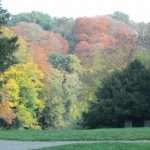 “It’s about being, not doing,” a colleague used to declare when anyone talked about keeping an appointment or putting something in a diary. Sadly, “being, not doing” took its toll on him. “Being” came to mean being under the influence of alcohol, and “not doing” might have referred to any of the numerous tasks he should have performed. Even more sadly, it eventually meant “not being” as his organs became poisoned and finally failed altogether. His demise tended to colour thoughts about being “busy” and being “inactive,” there was an inclination to think his words were more an excuse he made to himself, than a tenable philosophy of life.

The past weeks have caused a revisiting of the words. August was an exceptionally difficult month in the life of our small Church of Ireland community, five members of our little close-knit parish family were buried in one week. Undeniably, it was a time of physical exhaustion, but emotionally, mentally there were no problems. It was when taking four weeks annual holiday in September that there came a wave of blackness that felt like being struck in the face with the flat of a spade. A promise was made to see the general practitioner upon our return to Ireland and the appointment was made by telephone whilst standing among the beauty of French vineyards.

It seemed paradoxical; to cope when things were difficult and to crumble when a moment’s respite came. The doctor did not think it a paradox, he talked about adrenaline levels, about there being a surge of adrenaline when things were difficult, and a slump when there were no challenges. He expressed the suspicion that this was not a new problem, but had lingered for a long time. He prescribed medication that he believed that over the course of nine months would correct the chemical imbalances in the brain, stop the cycle of surge and slump.

The past weeks seem to have borne out his expectations regarding the effects of the tablets, no soaring high, but no nosedives either. The only problem is that the amount of work achieved seems to have fallen, the former energy is not tiredness sets in much more quickly. There is a sense almost of detachment at times; an awareness things must be done, but no anxiety about doing everything yesterday. Even news stories that would have caused annoyance are now heard with an indifference arising from a sense of being unable to change what has happened.

Perhaps a period of being, not doing was needed. 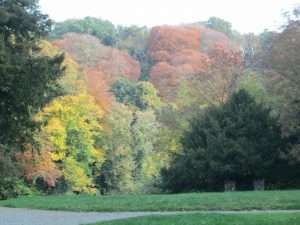