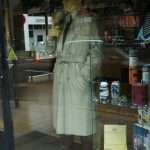 A week of Lewis programmes on ITV 3. Having seen all of them before, there has been selectivity about which of them to watch for a second (or even a third) time. By nine o’clock in the evening, or ten o’clock if it is watched on the ITV 3+1 channel, there is a wish for nothing other than the familiar and the unchallenging.

Knowing the storyline of detective programmes means being able to derive satisfaction from the villain being gradually discerned and then arrested. There can come moments of irritation though. On the first viewing when the villain is unmasked, there is the assumption that some important piece of information, some vital clue, has been missed when going to switch on the kettle, or when the telephone has rung, or when a text has arrived, or when it is suddenly remembered that an important email has not received a reply. Watching for a second and third time means being able to look out for the clues which identified the culprit, but sometimes they are less than obvious, sometimes the detective seems able to discern things that do not appear to be there.

Reading “whodunnits” in teenage years, there used to be a sense of annoyance when, at the end of the story, the criminal was revealed to be someone who had been entirely incidental to the plot. Even Poirot and Sherlock Holmes stories could be irritating when the illustrious detectives were able to see clues not shared with the readers, though there was an inexorable process of logic in their explanations of how their deductions were made.

If nothing else, the decades of detective watching taught the value of pursuing arguments logically, the importance of cause and effect, the danger of what our economics teacher called “spurious correlations,” the need to avoid what a preacher, whose sermons I once read, called “false syllogisms.”

Political life used to have a logic about it, even if one disagreed with a party’s policies, one could understand why they argued the way they did. There was respect between political leaders, respect between politicians of opposing ideologies. In my very fallible memory Clare Short, a longtime Member of Parliament in Britain was on BBC Radio 4’s programme Desert Island Discs. Reflecting on her years of experience as a combative Left Wing MP, Ms Short recounted an unexpected moment. Encountering the Right Wing Tory MP, Nick Budgen, like Clare Short an MP from the Midlands, a strange compliment was received. “Clare,” said the politician who was diametrically opposed to everything for which she stood, “this place needs people like us; it needs grit.” Grit was possible because politics was about ideas, it was about looking for clues and pursuing cases.

Politics now has become as frustrating as a detective programme where there is no logic, where even watching every moment offers no clues. It has become about bluster and intimidation and repeating untruths, it has become a process where logical argument and reasoned deductions have become impossible.

Compared with what passes as political discourse, the world of Lewis seems entirely reasonable. 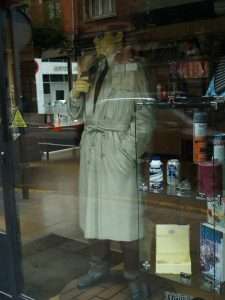