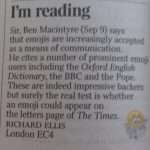 The passing years have taught the lesson that the brain becomes lazy, it prefers to avoid tasks that demand exercise, particularly strenuous exercise.

Spending the day at a conference filled with presentations that included a ninety minute lecture from a university professor, presentations that lasted until 9.30 pm, there is a sense at the end of the day of the brain protesting at so much activity – it has become indolent in middle age.

It was not always so slothful, in primary school days there would be books that were read in a couple of hours, “like a hot knife through butter,” the teacher used to laugh. At the Brethren school attended for the final three years of secondary school, lights out was at 10 o’clock. A housemaster would patrol the corridors to ensure that not only lights were out, but also that there was no talking. Doing anagrams and sums in the head became a way of filling time when it was hard to sleep. Long division and long multiplication was challenging with only the brain to put down one number and carry over another.

In student days the purchase of a newspaper meant the chance of doing a crossword; the cryptic ones were generally incomprehensible but the quick ones were done quickly. Being at the LSE meant there was constant lively political debate, constant questioning of one’s own views. Theological college brought the challenge of questions that were without answers.

Perhaps the laziness began after ordination. There were people who had boasted that they had not read a book since the day they were ordained, and while trying to keep up with further studies over the years, there has been an awareness that the discipline of former years has been replaced by a laxness, a casualness that says it doesn’t really matter if one applies oneself to hard thinking.

Perhaps the problem arises in part from the exponential growth in opportunities simply to waste time. In times when there were three television channels and computers were vast machines which did mathematical calculations, thinking was an attractive pastime, but with the accumulation of potential diversions, thinking has become something far more demanding than messing around on Facebook, or even writing posts on a blog.

The greater concern is not about personal laziness, which is something fairly inconsequential, but about intellectual laziness becoming something endemic in society. What happens when the people who really do need to do the thinking decide that strenuous mental exercise is less attractive than simple answers? 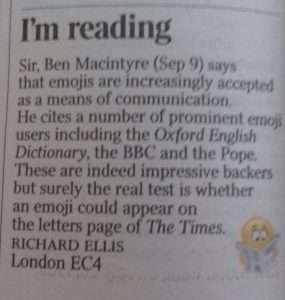