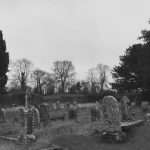 It was sad to hear today of the death of William Trevor, a man regarded as one of Ireland’s greatest authors.

Since the 1980s, the ideal Church of Ireland cleric has, for me, been found not in the pages of any clerical directory, but instead in the pages of William Trevor. In Autumn Sunshine, there is the gentle, gracious integrity of Canon Moran, who has ministered for years in his little parish in Co Wexford, and who responds with a commitment to non-violence when confronted with the violent and angry republicanism of his daughter’s partner.

In Of the Cloth, there is the love of Ireland expressed by Grattan Fitzmaurice in his conversation with Father Leahy, Catholic curate in the community.

They loved it in different ways: unspoken in the dark, that was another intimation. For Grattan there was history’s tale, regrets and sorrows and distress, the voices of unconquered men, the spirit of women as proud as empresses. For Grattan there were the rivers he knew, the mountains he had never climbed, wild fuchsia by a seashore and the swallows that came back, turf smoke on the air of little towns, the quiet in long glens. The sound, the look, the shape of Ireland, and Ireland’s rain and Ireland’s sunshine, and Ireland’s living and Ireland’s dead: all that’.

Having ministered for more than six years in a group of six churches deep in the Irish Midlands, having come to know six small communities, there is a sense of being in the land of Moran and Fitzmaurice; there is an inexpressible love for the place and the people, which would sound bizarre and sentimental were it to ever be articulated. When elected to the chapter of Saint Patrick’s, the national cathedral, in 2011. an election that came with no prior notice, there was a sense of sharing an identity with Moran and Fitzmaurice; there was a sense of having reached a degree of maturity when the appellation “canon” became not an eccesiastical title, but a mark of the passing years.

To possess but a fraction of the qualities of Trevor’s clerics would capture a sense of the best of the church I love. Now he is gone, there will be no further characters by which to benchmark my ministry. 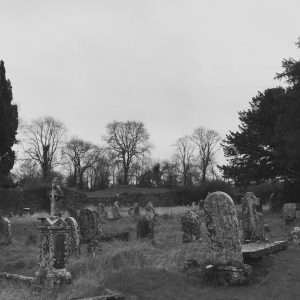