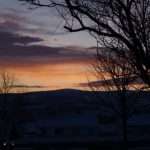 “Irrational exuberance:” it had always an inviting sound, a certain poetry, an assonance that made it something more than a piece of economic commentary. It was a phrase used by Alan Greenspan when chairman of the United States Federal Reserve. It was his description of the mood of the financial markets as technology stocks seemed to enjoy exponential increases in price. Greenspan believed the market was growing only because of a feeling of exuberance that was without any logical foundation. Of course, Greenspan was right; the bubble burst and the mood evaporated, until it reappeared with the property market boom and bust.

Perhaps irrational exuberance is necessary, illogical optimism that sustains morale in difficult times. Isn’t the test of a good leader that he or she can keep people together and moving forward, even when the circumstances would dictate otherwise?

The first logical signs of spring appeared before the first week in November had passed. “Bareroot whitethorn,” “bareroot laurel,” “bareroot beech,” declare successive signs outside Dunne’s nursery on the main road through Durrow in Co Laois. Each year they declare that winter will be passing and that the time has come to prepare for better days. There can be no better statement of the anticipation of warmer days than people spending actual money on actual plants in expectation of actual growth.

If the shrubs might inspire a logical optimism, there are other things to which one might look for irrational exuberance. The omnipresent Christmas decorations are a constant reminder of the approach of 25th December, a day when the winter solstice will have passed and the days will have begun to lengthen. “A cock’s step longer,” a wise old countryman used to comment each year; it might have only been a cock’s step, but it was a step in the right direction.

Of course, there is an element of being irrational in being exuberant about the approach of the solstice; the month of January, the coldest of the year has still to follow, but it is difficult not to imagine blossom on trees and the return of long evenings. Even the return of milder weather after nights of severe frosts brings with it the scent of softer, gentler days. A visit by a friend on Monday brings with it the prospect of a day journeying through the Leinster countryside; December or not, it will feel like spring. Of course, like the financial markets, the light only rises to fall again. But one can be exuberant, anyway. 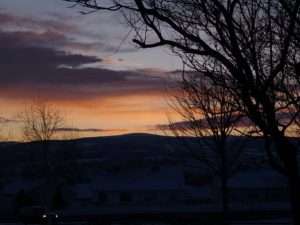