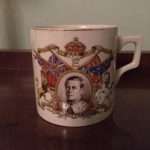 The first of the parish carol services took place today. Introducing Hark, the herald angels sing, it seemed appropriate to remark that today marked the 80th anniversary of the abdication of King Edward VIII; the theological point being that Christians believed in a king who was eternal. My grandmother, who had vivid memories of the abdication crisis, would recall that people at Christmas 1936 sang:

Having watched The King’s Speech, with its tale of the reluctance of Prince Albert, the Duke of York to accede to the throne, as well as numerous documentaries, the events of 1936 seem unimaginable. Eighty years is not so long ago, the nonagenarians in the parish remember well hearing of the radio broadcast in which the king declared:

“I have found it impossible to carry the heavy burden of responsibility and to discharge my duties as king as I would wish to do without the help and support of the woman I love.”

In retrospect, writers suggested that there were political factors behind the abdication; Edward VIII’s comments on matters such as impoverished mining communities were said to have alarmed conservative politicians. Such an interpretation seems a retrojection of more recent perceptions of the monarchy. In 1936, it would have been possible to have ensured that little any monarch said would have received coverage in the popular press. The great press barons of the day were hardly men inclined to give prominence to the expression of views that might have been seen as “Left-wing.” (In fact, the reverse would probably have been the case, in 1934 the middle-brow Daily Mail ran a headline that declared, “Hurrah for the Blackshirts.”)

It really seems that the abdication arose from pressure from the bishops of the Church of England who would not contemplate the marriage of the monarch to a twice-divorced woman, no matter how strong the love between Edward and Wallis Simpson  may have been. As Defender of the Faith, the king played a religious role that would have been undermined by his proposed marriage.

Of course, the bishops could have recognized that the world had been changed by the Great War and that if the Church of England were disestablished, then Edward VIII might have continued as king without there being religious ramifications. People occupying positions of power and privilege rarely surrender voluntarily the positions they have occupied and to think that Disestablishment would have been contemplated in 1936 is a naive retrojection of a thought that the bishops eighty years later will still not entertain. Perhaps the suggestion that the abdication was political is not so far wide of the mark. 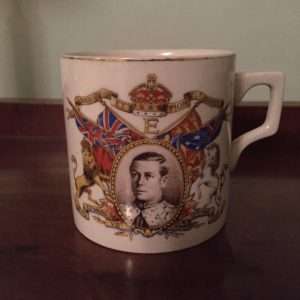