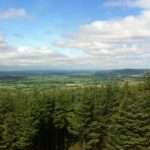 In Charles Dickens’ Our Mutual Friend, Mr Boffin, a man remarkable for his generosity when his means had been very limited, is turned into a miser by the unexpected acquisition of great wealth. Boffin was not a fluent reader, so engages the devious Silas Egg to read aloud the books that Boffin brings to him. One night, Boffin arrives at the house he has given Wegg with a collection of miscellaneous books Boffin had acquired that included stories of misers. One of the collection is “Kirby’s wonderful and eccentric museum,” its full title being, “Kirby’s wonderful and eccentric museum; or, Magazine of remarkable characters. Including all the curiosities of nature and art, from the remotest period to the present time, drawn from every authentic source.”

Silas Wegg is asked to read the story of a disputed will in Ireland:

“A most extraordinary case,” read Silas Wegg aloud, “was tried at the last Maryborough assizes in Ireland. It was briefly this. Robert Baldwin, in March 1782, made his will, in which he devised the lands now in question, to the children of his youngest son; soon after which his faculties failed him, and he became altogether childish and died, above eighty years old. The defendant, the eldest son, immediately afterwards gave out that his father had destroyed the will; and no will being found, he entered into possession of the lands in question, and so matters remained for twenty-one years, the whole family during all that time believing that the father had died without a will. But after twenty-one years the defendant’s wife died, and he very soon afterwards, at the age of seventy-eight, married a very young woman: which caused some anxiety to his two sons, whose poignant expressions of this feeling so exasperated their father, that he in his resentment executed a will to disinherit his eldest son, and in his fit of anger showed it to his second son, who instantly determined to get at it, and destroy it, in order to preserve the property to his brother. With this view, he broke open his father’s desk, where he found-not his father’s will which he sought after, but the will of his grandfather, which was then altogether forgotten in the family.”

The story was from Kirby’s work, but was a story not of the advantages of a miserly disposition, but of the great problems caused by a desire to retain wealth for oneself. Had Silas Wegg continued his reading we would have learned of the discovery made by the younger brother:

“He read it, and found that the estate, of which his father would have disinherited his brother, lawfully belonged to his Cousins, the children of his late uncle, John. He instantly communicated the important discovery to his brother, and he to their uncle, Jonathan; in consequence of which, the will was, about the beginning of the year 1805, lodged in the Prerogative Court, When the defendant was apprised of the discovery of the will, he said, it was very true, his father never did cancel his will; but that he did it away by two deeds, by which he afterwards conveyed the property to him; and that those deeds were both registered. It appeared, indeed, that one such deed was registered since the discovery of the will; and both deeds appearing foully suspicious, a bill was filed in the Court of Exchequer; and, on hearing of the cause in the last term, the cousins desired to have the opinion of a jury on these alleged deeds. After a trial of eight hours, the jury found a verdict for the plaintiffs, with the full approval of the judge. By this verdict, the plaintiffs, (five in number, are restored to an estate of 300/. a year, of which, for twenty-five years they have been deprived by their uncle.”

The full story of Robert Baldwin might have been narrated as a morality tale, but only those of Dickens’ readers who had read an could recall the work of Kirby would appreciate the comment Dickens was making on the foolishness of Mr Boffin. A century and a half before the Internet allowed one to instantly check references, Dickens was thorough in citing sources and making allusions.

Were Charles Dickens writing a century and a half later, one wonders what sources and references he would employ to depict the Mr Boffins of our time. If Dickens’ readers would have recognized Mr Boffin as a caricature of some whom they knew, he remains such a figure today. The desire to hold land, like the man admired by Boffin, can be stronger in real life than in the pages of novels. 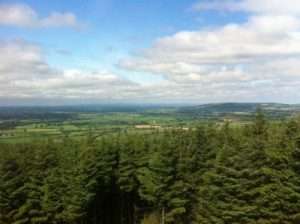