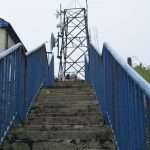 The passing of the Christmas holidays brings a confrontation with the diary for the first week of January. A dinner awaits at the end of next week, an evening of polite conversation. “Cocktail party talk,” is the way a friend would describe it; never having been to a cocktail party, it is difficult to know whether to concur. It is not an evening anticipated with excitement, to be endured rather than enjoyed. (“Now you know how I feel at rugby matches,” I can hear the Best Beloved say).

African friends could teach me the value of such evenings. There is a formality in African etiquette that is both an expression of deep respect for the other person and an expression of a willingness to spend time showing a genuine interest in the other person in order to build a good and strong relationship. The function of language in African culture is often different from that in Europe. In Europe, we use language to establish logical truths, “did you do this?” In Africa, logical statements are often secondary to the establishment of a relationship, “I hope your family are in good health”. Only when one has built a relationship of trust does it become possible to ask questions, such as “did you do this?”

Perhaps the problem, for me, is in doing etiquette for its own sake. Polite conversation seems to be just polite conversation, the evening seems to pass and the people are not seen again. The dinner seems to have been an occasion for an exchange of words that have been signifying nothing; words that have been forgotten almost as soon as they have been spoken. Etiquette seems not to have served its African purpose, it doesn’t seem to have built relationships; instead it has been a means of filling time.

Or perhaps the problem is that I have forgotten how to do etiquette. Never the best of letter writers, I scan through my emails and am aware that they are perfunctory. Rarely a word of greeting at the outset, rarely an inquiry not directly related to the subject stated at the head of the mail. Rarely a cordial wish at the conclusion. In a plea of mitigation, I might plead that I do try to write in whole words, and to form sentences, and try to compose paragraphs, and have not resorted to the textspeak that seem to characterize most social media.

My African friends seem to be able to be both excellent at etiquette and, given the cost of the SMS service in Central Africa, to be excellent also at textspeak.

There are communication lessons to be learned. 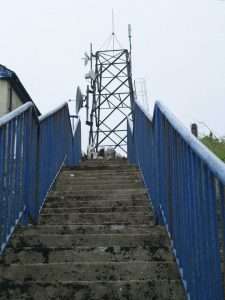