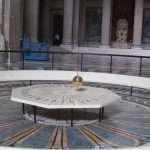 “Not a lot of people know that.” It felt like a moment to recall the voice of Michael Caine.

Radio 4 Extra aired an old programme of “Touchline Tales” with Des Lynam and Christopher Matthew. Tangential to their discussion of the game described as association football or soccer, there was a recollection of Gyles Brandreth telling of how it had been the voice of Simon Callow that had warned passengers to “Mind the Gap.” Travelling from Kew Gardens to the Temple on the London Underground’s District Line in the early-1980s meant passing through the Embankment station each day, where a stern voice advised those boarding or leaving the train to “Mind the Gap.”

The instinctive reaction to such tales is to type the pertinent words into Google in order to verify the story. There were no immediate hits. Perhaps a longer search might have brought confirmation; what a longer search could not have done would have been to refute the story. Negatives cannot be proved, just because one cannot find verification of a story does not mean that it is not true.

There is no reason to disbelieve the story about Simon Callow, for anyone to have made up such a story would have served no purpose. If BBC Radio 4 broadcast the story, then it is reasonable to assume its veracity.

The problem of being unable to prove negatives becomes serious when one tries to deal with those who deal in “alternative facts” and “post-truths.” Appeals to empirical evidence can be futile. An attempt last spring to appeal to Government Census figures, in order to argue with the contention that there were “millions and millions” of Eastern Europeans in East Anglia, brought the assertion that the official figures were not true and that the Government was concealing the truth.

When belief in “alternative facts” and “post-truths” is confronted with contradictory evidence, the reaction is not to accept the traditional path of scientific method, an approach which has shaped our thinking since the Eighteenth Century Enlightenment, and which should lead one to change one’s thesis in order to accommodate factual evidence, but instead to suggest that the contradiction is due to conspiracy, that “the media,” or “the Establishment,” or “the Government.” Disproving even nonsensical assertions becomes difficult when even demonstrable facts are rejected in preference for stories that undergird prejudice.

Do we eventually reach a point where the only things that are believed are the things that confirm one’s own thinking? Instead of living in times three centuries after the Enlightenment, we seem to be moving to times when thinking is comparable with that which prevailed three centuries before the scientific worldview began to change our world. 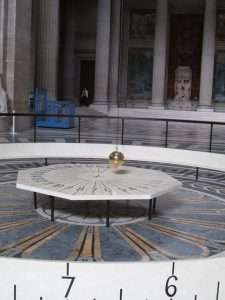