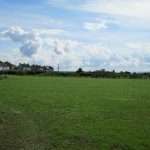 It is fifty years ago this month that we moved house, February 1967.

To a six year old, the suggestion that we move from my grandfather’s farm, to a village of which I had never heard, was one that brought many tears. I can clearly recall standing in my grandmother’s kitchen saying that I did not want to move, that I would not move.

Even though I would not have been worried at leaving the primary school where the infant teacher was a persistent bully, I was worried at the thought of starting another school. High Ham was no more than three or four miles away, but might have been another country. The daily life of the farm to which I was accustomed would be lost and gone forever.

Of course, the protests of a six year old boy were of no avail and the day for the move seemed to come all too quickly.

It was a Saturday and the coal lorry belonging to Charlie Brewer from Somerton was brushed down to carry our furniture. Dot Lucey, a friend of my mother came to lend a hand for the day and it all seemed to be completed in a fraction of the time required for my own house moves in more recent times: we probably had a fraction of the stuff that most households now accumulate.

The house was different from the farmhouse in which we had lived. It was semi-detached and although, like the farmhouse, it had an outside toilet, it did have a bathroom, something absent from our farm dwelling. It belonged to Langport Rural District Council and had been built in 1926. For a 1920s house, it was probably not bad, thick walls and fireplaces in both of the downstairs rooms made it warmer than many homes. The toilet was the coldest of places though, in the winter temperatures we then experienced a paraffin heater would be left in the toilet to prevent the water in the cistern and bowl freezing.

The house was at the end of a row. Beyond it, in front, and behind, there were open fields. The location seemed only to exacerbate a small boy’s sense of isolation, a sense of being in a different world.

On Monday, the moment came to start at the village primary school. Standing with Miss Everitt as she asked if there was anyone I knew is a moment fresh in the memory.

It is odd that it is fifty years ago. It seems such a long time and no time at all. 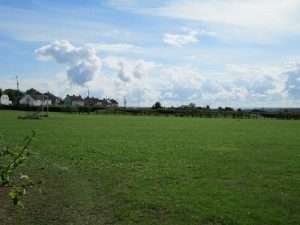