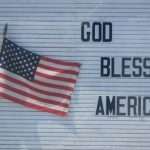 Of course, there were always fake news stories, tales fabricated by the yellow press, the red tops, the tabloids, but even the most shameless of newspapers would generally be obliged to print some sort of retraction. Strictly regulated broadcasters would avoid fake stories, partly in fear of repercussions, but mostly because there was a greater culture of integrity and truthfulness.

Stories reached us in different ways, newspapers offered a sense of security that has been lost. They were tangible, solid; hard copies, in contemporary parlance. For a newspaper to be in one’s hands demanded a whole chain of human action and presence, ending in the location where one happened to be. There were the printers and distributors and sellers, and while the first two were anonymous and remote, the newspaper seller was very tangible flesh and blood.

For three or four years when both children were day pupils at their secondary school, our morning paper came from a man who sold them at the traffic lights of a local road junction. If the lights were green and there was not time to stop, it was sufficient to slow down with the car window wound down and the paper would be tossed into the car as we passed the traffic island – he would be paid the next day. If the newspapers he sold proved to be tissues of lies, or rags filled with incitement, he would very quickly have seen his trade dry up. His need to make an income was one of the safeguards of the honesty and quality of the papers.

Electronic media are impersonal and intangible and it is their insubstantial quality that raises questions – where is the process of accountability implicit in the old press? The process that led to having a newspaper in one’s hands is what gave that paper a sense of authority, a sense that it carried weight, a sense that if things were not right, then there was the opportunity to do something. The ultimate sanction was swathes of readers ceasing to buy the paper, undermining its viability.

The easy access to the Internet and the ability to post just about anything means that news online has not demanded the process of reporting and production required of newspapers. Opinion expressed online has not undergone the process of refinement opinion expressed, and paid for, in hard copy. Our new media may be immediate, but it is lacking in quality control, and often lacking in truth.

There will not be a return to the days of printed newspapers, but the preservation of democracy and freedom may depend upon there being some authority, some regulation, that at least ensures that lies cannot so easily be perpetuated, that prejudice and misinformation is challenged, that there is an aspiration to truth. 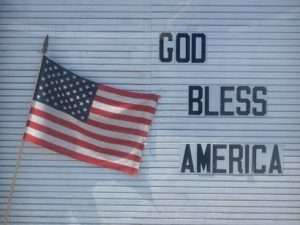