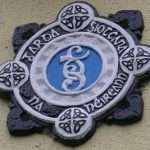 In fin de siècle France, the Dreyfus Affair asked profound questions about the nature of French society and the French state. The military conspiracy and perjury that led to the wrongful conviction for treason of Captain Alfred Dreyfus in 1894 was a scandal that divided France until Dreyfus was finally exonerated in 1906. His exoneration only came after he had suffered public humiliation and for nearly five years had endured the horrific hardship of the Devil’s Island prison in French Guiana. Alfred Dreyfus was Jewish and reactions to the case exposed a deep seam of anti-Semitism in France; it exposed an elite who believed themselves able to manipulate the law; it exposed a military establishment intent on covering their own inadequacies.

The case provoked Émile Zola, France’s most famous writer, to write an open letter to the President of France Félix Faure. Zola believed the Dreyfus Affair reflected a deep institutional prejudice in the French state. “J’accuse” filled the entire front page of a newspaper. In the closing lines of the letter, Zola wrote:

As for the people I accuse, I do not know them, I never saw them, I have against them neither resentment nor hatred. To me, they are only entities, spirits of social evil. And the act I am hereby accomplishing is only a revolutionary means to hasten the explosion of truth and justice.

I have only one passion, that of the light, in the name of humanity which has suffered so much and is entitled to happiness. My ignited protest is nothing more than the cry of my heart. So may one dare bring me to criminal court, and may the investigation take place in broad daylight!

“To me, they are only entities, spirits of social evil”, perhaps a Twenty-First Century Zola would perceive those who have conspired against Sergeant Maurice McCabe in similar terms. Not content with blackening his name, false allegations of sexual abuse were added to the mix. The conspirators will, presumably, be dealt with by due process.

Of deeper concern than the behaviour of individual senior members of An Garda Síochána, or of the staff of Tusla who “mistakenly” copied and pasted false sexual abuse allegations into the file of Sergeant McCabe, which was somehow open beside that of someone accused of abuse, is the questions the McCabe Affair raises about the nature of Irish society and the Irish state.

The McCabe Affair arose because of Sergeant McCabe’s exposure of conduct that, in other jurisdictions, might be regarded as conspiracy to pervert the course of justice. The cancellation of penalty points for traffic offences by senior gardai on behalf of particular persons was exposed by Maurice McCabe as early as 2008. It pointed to a culture of inequality toward the law, toward certain people being able to adjust the justice process for their own convenience.

The Affair should have prompted questions about the nature of the state in which we live, instead the focus remained almost exclusively upon the individual players, as though one might watch a play and understand the characters without following the plot. If the policing of the country is not free from interference, then in what sort of state do we live?

In the ensuing years, the questions have deepened, they have become questions about the nature of our society. Why have we tolerated a culture that allowed the McCabe Affair to arise? To avoid legal processes might have been a patriotic gesture a century ago, but what sort of society has now been created if the subversion of the law is considered acceptable? If we do not believe in the impartial administration of the rule of law, then where will our society go?

Perhaps there is an Irish writer of the standing of Émile Zola who will write an Irish equivalent of “J’accuse,” naming the individuals, but, more importantly, identifying the social evil that besets us. 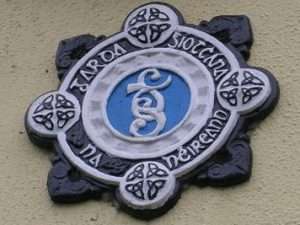