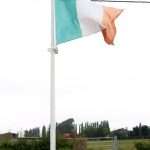 Leaving the small town cafe, the door opened and a local TD walked in. There were a few moments of polite conversation, what one colleague would label “cocktail party chat” and another calls “price of tights talk.” Although having neither ever attended a cocktail party, nor ever bought tights, it is not hard to understand what is implied, it is what a schoolteacher friend calls “plamas,” smooth talk to ingratiate oneself with the other. It typifies much of Irish politics, electors base their voting decisions on whether a candidate has spoken to them in the street, or has called at the house to attend a wake, or has been among the mourners at a funeral, or has written a letter to the county council, or to a government department, asking that the particular voter’s grievance be addressed. This is how politics is done, policies are secondary to personal contact.

Of course, in the North, it was different, voting there was based on policy. It was based not on a raft of policies, but on a single policy, whether or not a party supported a united Ireland. People were generally unaware of what other policies a party might have embraced; sometimes candidates seemed unaware whether their parties even had policies on particular issues. Protestants were assumed to vote unionist and Roman Catholics were assumed to vote nationalist and there was no real need for political discussions. Every four or five years, the posters would go up and people would go to the polling stations and vote for the candidates of their tradition.

Funerals and debates on Irish unity seemed sufficient to maintain the political status quo. Fine Gael and Fianna Fail had once differed on the issue of unity, but now seem to be differentiated on the basis of which side one’s family had taken in the 1920s. On other issues, candidates may have more common ground with political opponents than with some members of their own party. In the North, unionist and nationalist politicians differed little in economic philosophy, if there were points of difference, they came on questions of ethics, particularly sexual ethics.

The rise of Sinn Féin asks questions. Assigning them a place in the political spectrum is not easy: read the forums where their supporters express opinions and among them there is an antipathy to Britain that would be described as “racist” if the opinions were being expressed about any other nationality; and, yet, their support yesterday was mobilised on the basis of much more than the unity question. Sinn Féin come with a raft of policies that challenge the political status quo, if yesterday’s result does anything, it should galvanise other parties into the realisation that wakes and flags are no longer an adequate way of doing politics. There should be more to discuss at a cafe door encounter with a TD than the stuff of daily pleasantries. 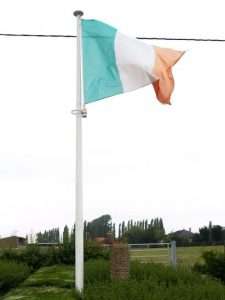