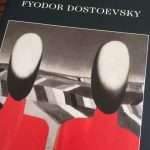 In his 1872 novel Devils Fyodor Dostoevsky describes the gathering of a group of intellectual and affluent potential revolutionaries for an evening of discussion. The meeting takes place in the salon of a large house in a provincial town far from Saint Petersburg,there is an atmosphere of risk, but also of excitement. Some of those in the room are devout, some of them are atheist; some of them are financially-independent individuals, others are army officers; some of them are ageing sceptics, others are young zealots some in the room are familiar faces, others are newcomers. The exchanges between them about what shape the future of society may take have been combative and then the gathering is silenced by Shigalov, who speaks with the certainty of a fundamentalist preacher:

“Dedicating my energies to the study of the social organisation which is in the future to replace the present condition of things, I’ve come to the conviction that all makers of social systems from ancient times up to the present year, 187-, have been dreamers, tellers of fairy-tales, fools who contradicted themselves, who understood nothing of natural science and the strange animal called man. Plato, Rousseau, Fourier, columns of aluminium, are only fit for sparrows and not for human society. But, now that we are all at last preparing to act, a new form of social organisation is essential. In order to avoid further uncertainty, I propose my own system of world-organisation. Here it is. . . .I must add, besides, that my system is not yet complete. . . . I am perplexed by my own data and my conclusion is a direct contradiction of the original idea with which I start. Starting from unlimited freedom, I arrive at unlimited despotism. I will add, however, that there can be no solution of the social problem but mine.”

” . . . nothing can take the place of the system set forth in my book, and there is no other way out of it; no one can invent anything else. And so I hasten without loss of time to invite the whole society to listen for ten evenings to my book and then give their opinions of it. If the members are unwilling to listen to me, let us break up from the start— the men to take up service under government, the women to their cooking; for if you reject my solution you’ll find no other, none whatever! If they let the opportunity slip, it will simply be their loss, for they will be bound to come back to it again.”

The listeners are taken aback at Shigalov’s words. Attempts at levity fail to change the mood in the room. One of the listeners says he has read Shigalov’s notes and explains what is proposed:

He suggests as a final solution of the question the division of mankind into two unequal parts. One-tenth enjoys absolute liberty and unbounded power over the other nine-tenths. The others have to give up all individuality and become, so to speak, a herd, and, through boundless submission, will by a series of regenerations attain primaeval innocence, something like the Garden of Eden. They’ll have to work, however. The measures proposed by the author for depriving nine-tenths of mankind of their freedom and transforming them into a herd through the education of whole generations are very remarkable, founded on the facts of nature and highly logical.

“One-tenth enjoys absolute liberty and unlimited power over the nine-tenths”? Would Shigalov have been surprised at a world where that figure is reduced from one-tenth to one-hundredth? “The others have to give up all individuality and become, so to speak, a herd:” isn’t Shigalov’s vision being enacted through submission to social media? People “will by a series of regenerations attain primaeval innocence, something like the Garden of Eden:” a world focused on physical sensuality, without inhibition or convention, without culture or sophistication; Shigalov might have felt the world of 2017 a congenial place. 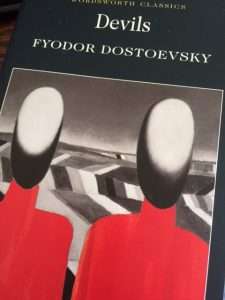