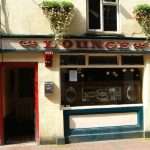 It’s not that there was no nastiness from strangers, of course there was. Anyone who has lived in rural Ireland will know the bitterness that can surround the sale of land, or the backbiting that can accompany the question of where the child of a marriage between a Roman Catholic and a Protestant partner will be baptised. There was always a capacity for a high degree of nastiness in relation to particular questions, but, generally, Irish people were content in their own skin. Politics was about personality rather than ideology, so created few fault lines. Racism was rare among people who had experienced cities where “No Irish,” was frequently encountered. Social classes existed, but there was never the snobbery one might meet in England.

Irish people didn’t do nastiness; it didn’t mean that they liked someone, it didn’t mean they were not annoyed with the person, but they smiled. Ireland of the welcomes was the selling point for tourism. Generations of visitors returned across the Irish Sea or across the Atlantic with tales of the warmth of the welcome they had received. Irish people might have laughed amongst themselves at the eejits who had just gone, or might have complained about those whom they disliked, but open hostility toward strangers was infrequent.

Social media seem to have created a capacity for nastiness that seems not to have previously existed. Facebook, particularly, has become a platform for the sharing of unsubstantiated claims and expressions of prejudice. Why are Irish people, once the friendliest, becoming hostile? What has been lost?

It is in the nature of social media that they are not the traditional places of conversation. The pub and the cafe and the kitchen, the places where people once gathered for a chat, have been replaced by the screens of computers and phones. The facial expressions, the tone of voice, the slap on the back, the nudge in the side, the real laughing out loud; these have gone, to be replaced by an ersatz form of interaction that lacks actual humanity. Non-verbal cues that are so much part of our everyday communication are absent from words typed on Facebook, to suggest emojis are an appropriate replacement is like suggesting a primary school reading book has the expressive power of James Joyce. In social media, a sense of place is lacking, a sense of being bound by geography to those around you, a sense of obligation toward them as members of your community.

If place is also lacking, so is name. In rural Ireland, anonymity is not possible, everyone, from the government minister to the bachelor farmer down from his hill farm on the mountain, is known. Online there is no need for a name and no fear of being recognised. Anonymity allows free rein to the Freudian Id within people, restraints disappear and nastiness pours forth.

It is odd that a country should allow friendliness, its national characteristic, its national treasure, be eroded in order to enrich American billionaires. 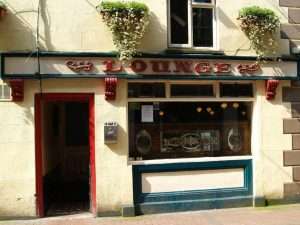