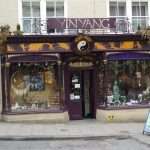 What was her name? Perhaps I never knew it; if I did, it has gone far beyond recall. The sixth-form college wasn’t large, four hundred students, but people tended to stay within their year groups. Apart from her being a year junior, nothing is known; either then or now: the course she might have been following, the subjects she studied, where she went afterwards; all are unknown.

A single image of her remains in the mind, a girl with straw-blonde long hair, cut in a straight fringe. In memory, there are downy pink and blue feathers among the flaxen locks, it would not have occurred to a teenage rustic to wonder how they were attached. Her earrings were long, dangling, unmistakably the product of a particular shop in the town. A large, baggy khaki US army shirt was worn over a pastel coloured tee shirt. Her skirt was full and flowing and multicoloured and beneath it were a large pair of calf length red Doctor Marten boots.

Perhaps her name would be forever unknown to me because our worlds were so far apart. Our family was traditional English working class; we supported law and order; we supported nuclear deterrence; we supported atomic power stations; we were suspicious of anyone who challenged our ways, we disliked anyone who did not conform to our norms.

Her appearance was a declaration of non-conformity; this was the late 1970s, girls who conformed to the fashions of the time did not dress as she did. Her appearance would have been sufficient for us to regard her as a “hippy”, with all that term implied for those living in a community where hippies had been around since the “summer of love” a decade earlier.

Forty years later, there is a pang of regret at never having spoken to the girl who would stand and chat with friends in the college foyer each morning before classes began. One could have defied the perm and platforms fashions of the late-70s and have still been thought à la mode, punk became chic very quickly. To be hippy in appearance at the time was a statement, perhaps about values, perhaps about stating that the radical and the anarchic lived on in some hearts. Perhaps that is to over-analyse, though, perhaps she just enjoyed baggy shirts and skirts, and feathers in her hair.

Fifty years after the hippies, hints of peace, love and understanding would not be such bad things to encounter. 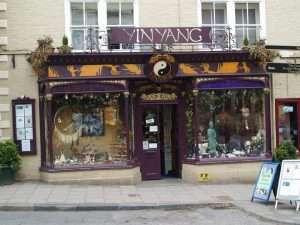